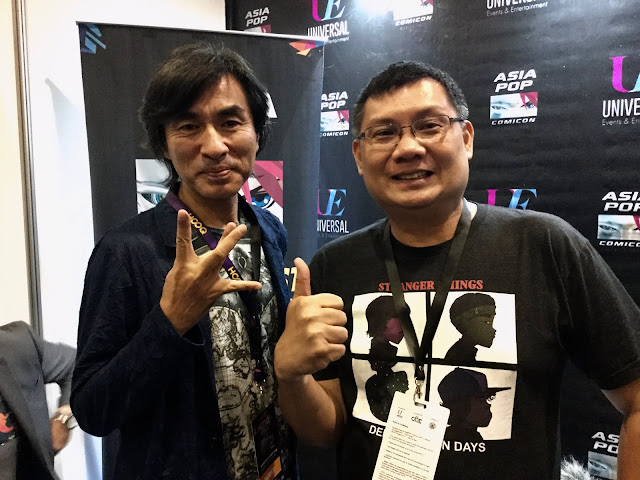 In 2015, an article appeared on Forbes magazine about a little known creator – that is if you live in North America or Europe – about an anime creator whose mech designs have been copied or inspired many of today’s robot designs or are featured in American comics and in film.

It was about Japanese anime writer, designer, screenwriter and producer, Shoji Kawamori whose work has inspired the film and modern comics versions of Iron Man, Transformers, and even the Invisibles!

When he 57-year old Japanese walked into the SMX Convention Center in Pasay last Friday, August 25, he was surprised that there was a long line of fans waiting for him.

“I thought that this (AsiaPop Comicon) was more for American comics,” he said through an interpreter. “So it was a pleasant surprise to see my work appreciated and that there are fans here in Manila as well.”

It was Kawamori who designed the ground-breaking Macross (Robotech in the United States and Europe) anime. Especially the VF-1J Valkyrie that “transformed” into three modes – the fighter aircraft, the Gerwalk which is half robot and half fighter plane, and the battroid mode. The Japanese designer is quick to dispel all the credit. “When I saw the F-14 Tomcat (the US fighter aircraft during the 1980s), I took a look at the design and was inspired. What if I could do this with the design and turn it into a robot?”

The result was a cultural phenomenon of mech-series and designs.

But Kawamori wasn’t done. He took Macross one step further with his brilliant mech designs for Mobile Suit Gundam 0083: Stardust Memory where his “Physalis” design is regarded as one of the best mobile suit designs in the show’s long history.

He also designed many of the characters that would be used in another cartoon hit called “The Transformers” including Optimus Prime, Ironhide, Ratchet, and Starscream among many others. 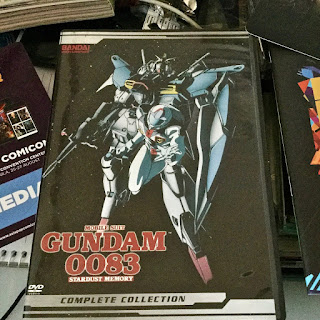 We spoke with Kawamori and intimated our particular passion for the “Stardust Memory” series. “During that time, I was doing a lot of Gundam drawings. I drew eight different types of Gundams but there was one design that I liked,” shared Kawamori. “It was a one-eyed Gundam whose eye would move back and forth from the slit of its armored head. But the series producers refused that.”

Much to his surprise, years later, those one-eyed Gundams were used.

As for the modern Transformers films and cartoons, Kawamori expressed satisfaction. “As a fan, this is unbelievable – to create memorable characters, icons. If it gives many people joy, then it does the same for me. I want to be able to do more.”

“I was just a fan of Space Battleship Yamato,” he recounted of his youthful days. That particular series captured the then-young boy’s imagination that he found himself tracking down the studio that created the hit anime series. That production company was called, Studio Nue, and Kawamori began working for them after his schooling was done. Then came Macross and Kawamori became an instant legend.

“If it can work for me being inspired by what I see and grew up watching, maybe it can inspire others too,” said Kawamori of his work. “I wanted to design for NASA but being an anime designer and creator isn’t such bad work.”

Kawamori is currently working on a new Macross series that will be unveiled in 2018 to coincide with the 35th anniversary of the show. “Right now, I cannot talk about it. Secrecy,” he maintained. “But it will all be worth it. Right now, I want to enjoy my short stay in Manila. The fans have been incredible.”

The 2017 AsiaPop Comicon is the third installment of the country’s biggest comic book and pop culture convention.

Posted by Rick Olivares at 10:11 PM No comments:

Filipino komiks classic characters on a coffee mug and tumbler 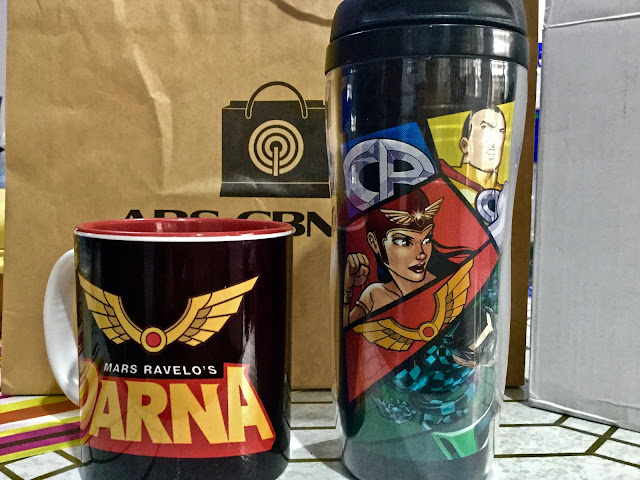 Posted by Rick Olivares at 4:51 PM No comments: 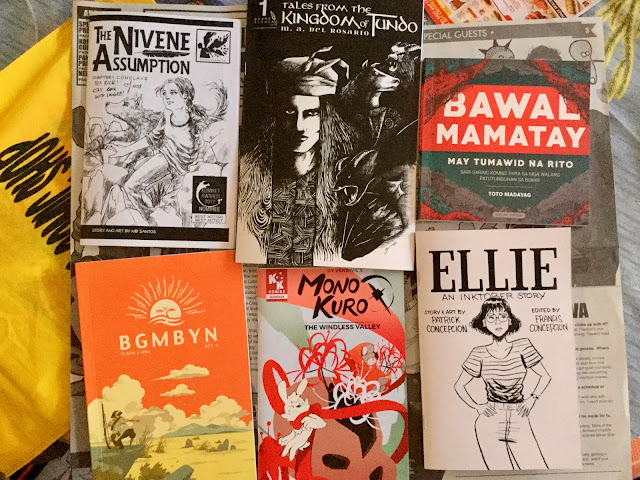 Six komiks I liked from summer Komikon
by rick olivares

Just like that, the Summer Komikon is done. It was another fun day as both a fan and an exhibitor to be among people with similar tastes.

Some things that were pretty popular…
Stickers! Fetching for a low as PhP10, these were a hit with fans.
Freebies! It seems that selling your komiks isn’t enough. Freebies such as postcards, bookmarkers, stickers, or pin-ups add to a good buy.

There weren’t a lot of new releases but here are six books that I picked up and liked:

Tales from the Kingdom of Tundo #1 (story and art by Mark Del Rosario)
A dark fantasy story in the mythical kingdom of Tundo that was once ruled by Lakan Bunao Dula who forged an alliance of sorts with the world’s mythical creatures. He wakes up some time later as an amnesiac. In the midst of a battle with some kapres, he learns his identity. But that is just the beginning of the mystery.

Not since the late Nick Manabat have I seen a n artists use a lot of dark and heavy inks. But it does suit this dark fantasy.

Ellie: An Inktober Story (story and art by Patrick Concepcion)
A thirty-four page black and white stand-alone piece. For fans of Michael Cho’s Shoplifter or even Craig Thompson’s work (and Concepcion’s style is reminiscent of the latter). It’s a mundane story but the art is really fetching.

Mono Kuro: The Windless Valley (story and art by CY Vendivil)
For fans of anthropomorphic stories, Stan Sakai’s Usagi Yojimbo, David Petersen’s Mouseguard, and Jeff Smith’s Bone. The fourth issue in the adventures of Momiji, a fluffy-tailed rabbit swordsman sworn to protect the world. Thus far, all the stories in this series are silent stories with the reader left to figure out things. In this story, Momiji stands guard at the gate and holds fast against demons. Interesting stuff. I think that that the story needs a very good inker.

BGMBYN (story by Reginald Tolentino with art by Jap Mikel)
Not a comic per se but an illustrated story of an alternate history set in 1896 when Philippine insurgents battle the Spanish empire. Good stuff. The art is reminiscent of Matthew Reynolds who did excellent work on Image Comics’ short-lived adventure series, “The Mercenary Sea”.

Bawal Mamatay: May Tumawid Na Rito (by Toto Madayag)
The latest collection of works by cartoonist Toto Madayag and his satirical look at life. In this follow up to “P’Cha, E ‘DI Komiks”, Madayag offers his own take on social media humor and memes.

The Nivene Assumption (story and art by Nib Santos)
When Nivene’s dog, Graeme, utters a word to her, the young lass must figure out if she is going crazy or if there’s another purpose to her life akin to an animal whisperer. If you like Marguerite Bennett and Rafael de Latorre’s “Animosity’. Chapter one of an ongoing series.

Posted by Rick Olivares at 2:09 PM No comments:

With the Kressh gang at the 2017 Summer Komikon


Posted by Rick Olivares at 8:07 PM No comments: