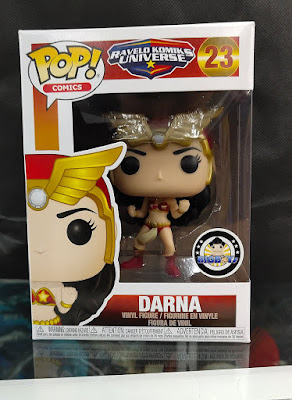 Just when you think it couldn’t get any hotter after the best-selling Jollibee Funko Pop, the latest Filipino themed vinyl product featuring fictional super heroine, Darna, is selling like crazy.

And the superheroine, created by the late comic book writer Mars Ravelo and artist Nestor Redondo in 1950, has added to a cool and already impressive line of local characters including the best-selling and popular Manny Pacquiao Pop (available as a boxer or basketball player), Aswang, Siokoy, White Lady, and Jollibee (two version including the original mascot and one in a Barong Tagalog). 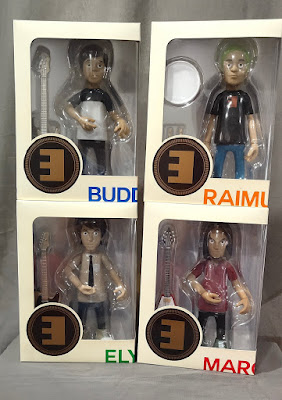 Under the heading, Ravelo Komiks Universe, Darna, listed as #23 in Funko Pop Comics, has been a certified best-seller at Big Boys Toy Store, the exclusive seller of the Darna Pop, with its branches in Shoppesville Greenhills, Fisher Mall and Century Mall.

Since 2011, Funko Pops have taken pop culture fans by storm with its impressive, creative, and eye-candy line of vinyl figurines and bobbleheads.

Shared pop culture fan J.A. Lukban, “I think the Darna Funko Pop is historic because we are getting recognized as a toy collecting country. It adds to one of the vehicles that opens our rich culture to the rest of the world. We recently had Wave as a highly-publicized Filipino Marvel superhero who is also now in a game. Then there is Trese being developed into a Netflix series. It is a very interesting time to be a pop culture fan.”

Revealed Madrazo, “Twice in the last several years, we tried to acquire the rights to the Pugad Baboy characters, but they are just too expensive. It isn’t easy as it sounds. We need to consider that we need to sell enough to make the minimum order quantity. Darna, because of all the local comic book characters, is the most well-known.”

And despite a price tag that fetches over a thousand pesos for the Darna Funko Pop, it has not deterred fans from purchasing them.

Funko Pops were all designed by Mindstyle, an American Brand Development and Creative House headquartered in China. “These Pops are only available in the Philippine market,” clarified Madrazo. “Our main goal is to make the world of collectors realize there is a big and strong local collecting market here.”

After the Darna Funko Pop, Madrazo hinted at another Philippine exclusive in the works. He declined to mentioned what it is merely teasing, “Watch out for it soon!’ 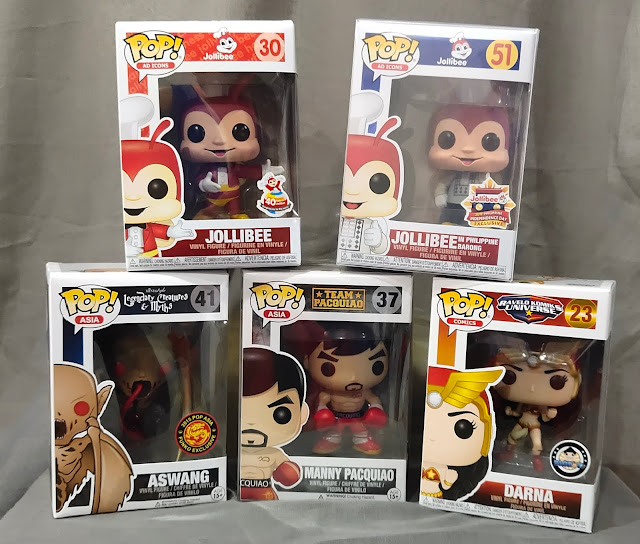 Posted by Rick Olivares at 9:07 AM No comments: