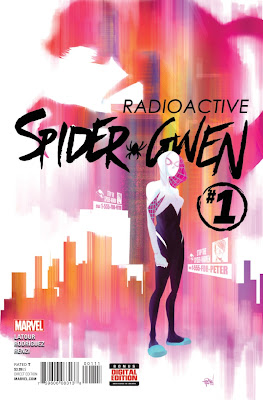 One of the biggest comic book characters to emerge from the past year is Marvel’s Spider-Gwen, who is essentially the Spider-Woman of a different Earth. Out of the mega-success that was the massive success that was Spider-Verse storyline that ran from Marvel Comics from November of 2014 to February of 2015 came “Spider-Gwen,” an alternate universe Gwen Stacy who took the mantle of Spider-Woman after the death of Peter Parker.

In Marvel’s original cannon, Stacy was Peter Parker’s first girlfriend who died tragically after a battle with the Green Goblin. At the time of the original storyline (Amazing Spider-Man #121), it was a sudden and controversial death and in comics lore, perhaps the only character outside Peter’s Uncle Ben who has not returned from the grave.

Emma Stone’s Stacy in the Amazing Spider-Man films helped sparked an interest in the character and “re-opened old wounds” especially for older fans. The only palatable return to comic book reality was “Spider-Gwen.”

The character’s introduction in "Spider-Verse” was electric such that there was an instant demand for her own solo title. Not only did Stacy have powers (she bitten by the radioactive spider that gave Parker his powers) but she was a drummer in a band.

Spider-Gwen struck a chord with fans primarily for her nifty costume that was designed by artist Robbi Rodriguez who added a hoodie to a costume that uses white, black, and pink colors in contrasting but impactful effect. Even the web wings look nifty. And the Spider-Gwen wears neon Chucks! The character became an instant hit with comic book artists and cosplayers.

Comic book fan Jiggy Cruz who says that what made the character interesting for him was the costume. "What I think made her interesting is definitely the costume,” said Cruz who makes no bones about Spider-Man being his all-time favorite comic book character. "The white hoodie and the pink webbing makes it really cool. Plus she's in a rock band! It has a lot of the Spider elements into it wherein the hero does the good but has to go through a lot of complications. In the story, she has to deal with her dad going after her vigilante alter ego.”

Francis Abad who mostly collects local komiks says that he is intrigued by the Spider-Gwen character and will pick up the trade paperback. “I’m intrigued,” said Abad of Spider-Gwen. “I generally read the Spidey stories but I am intrigued (by Spider-Gwen after having read the reviews).

Spider-Gwen’s debut appearance in “Edge of Spider-Verse #2” has gone through multiple re-printings with the original pressing soaring in value. The cheapest first print will now cause fans fork over $85 while it peaks at a whopping $256!

While the character is undoubtedly popular — the first issue of that series that spun out of spider-verse saw at least 200,000 pre-orders with final sales at about 250,000 books — the stories, as written by Jason Latour, have been less than sparkling. With two first issues in the space of a year, the book has done well because of the hype and Rodriguez’ art and Rico Renzi’s palette. But the stories — seven counting Edge of Spider-Verse #2, the five Spider-Gwen’s of the first series and the new number one under the All-New All-Different banner — are no different from the debut.

Just this past week, “Radioactive Spider-Gwen #1” came put. While there’s a push for the book and fans are picking it up, the general consensus it is more of the same.

In a review by comic book fan site, newsarama.com, David Pepose wrote: “The mass appeal of Spider-Gwen cannot be denied but the book (Radioactive Spider-Gwen) appears to be running out of steam. This issue opts to play it safe rather than push the character forward resulting in a retread that might easily get new readers but holds little interest for longtime fans.

Jordan Calhoun of blacknerdproblems.com was mildly critical but also hopeful, "The tricky part of reading Radioactive Spider-Gwen is some lack of clarity around backstory and previous events. New readers will have a hard time keeping up with the explanatory flashbacks in Radioactive Spider-Gwen #1, and old readers might struggle with keeping this new series straight with the original Spider-Gwen solo run. It’s a weird Spider-jumble that isn’t very clear sometimes, and honestly I found myself a little lost here and there myself sometimes, but I expect this story to stand on its own soon with enough time."

Cruz weighed in his thoughts on the overall feel of Spider-Gwen, "It's an okay book for me (okay and not great) but it's really an interesting new take on a new Spider-Man character.”

Here are my Spider-Gwen variants! 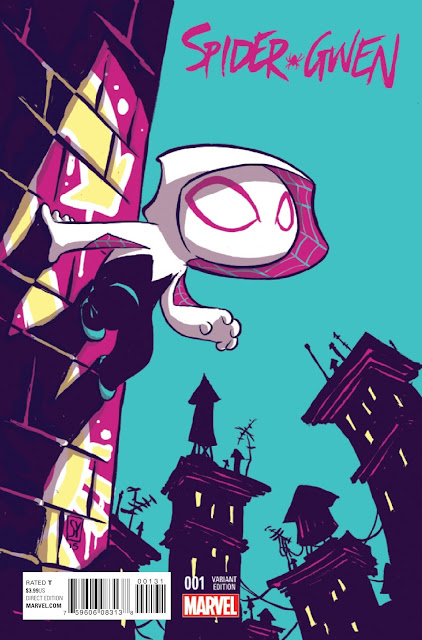 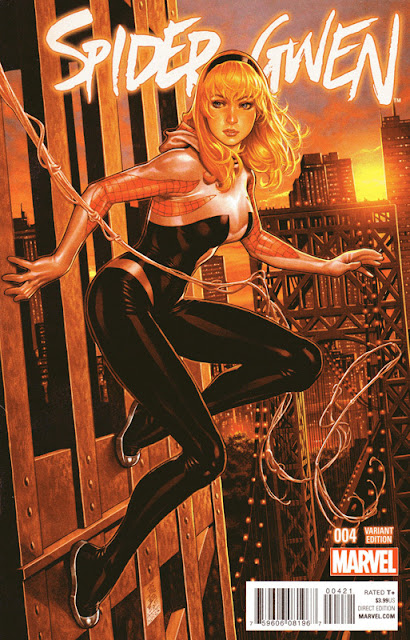 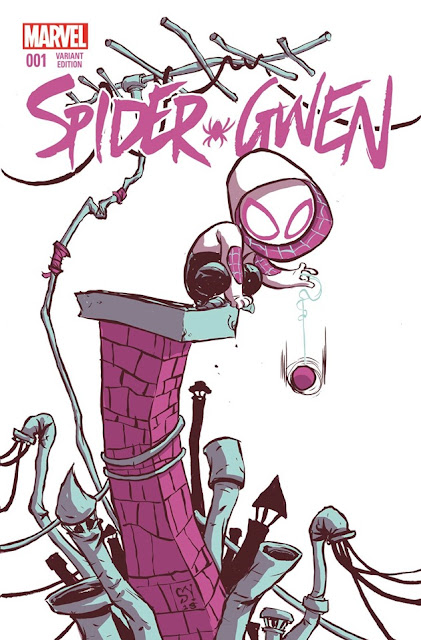 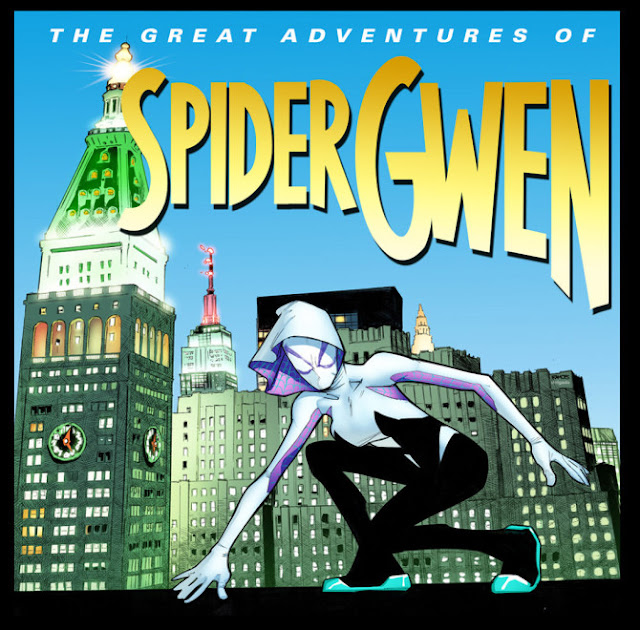 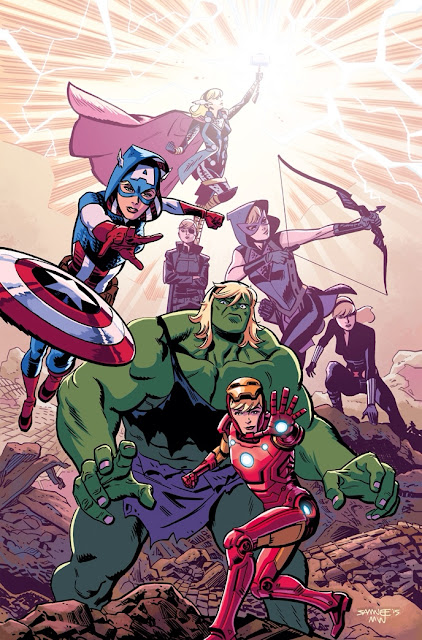 Posted by Rick Olivares at 8:52 AM