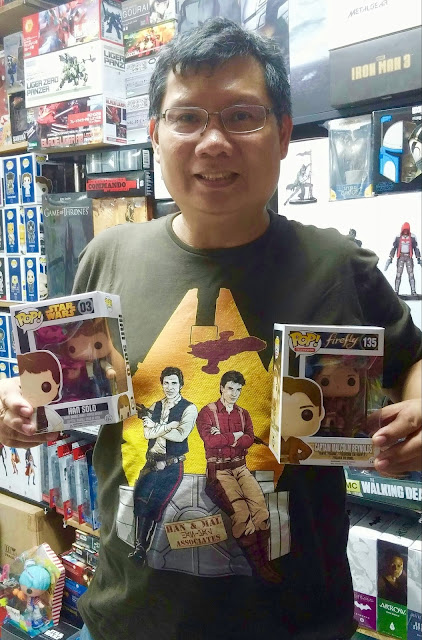 Never realized it until I saw this shirt. Two of my favorite science fiction characters -- Star Wars' Han Solo and Firefly's Mal Reynolds -- are space smugglers! Furthermore, they are captains of two of the best space ships ever -- the Millennium Falcon and the Serenity respectively. I have the DVDs of all the films/television series!

Obviously, I had to get the shirt. As for the Funko Pops, it is a no-brainer to get them as well.

So I posed with them!
Posted by Rick Olivares at 7:48 PM