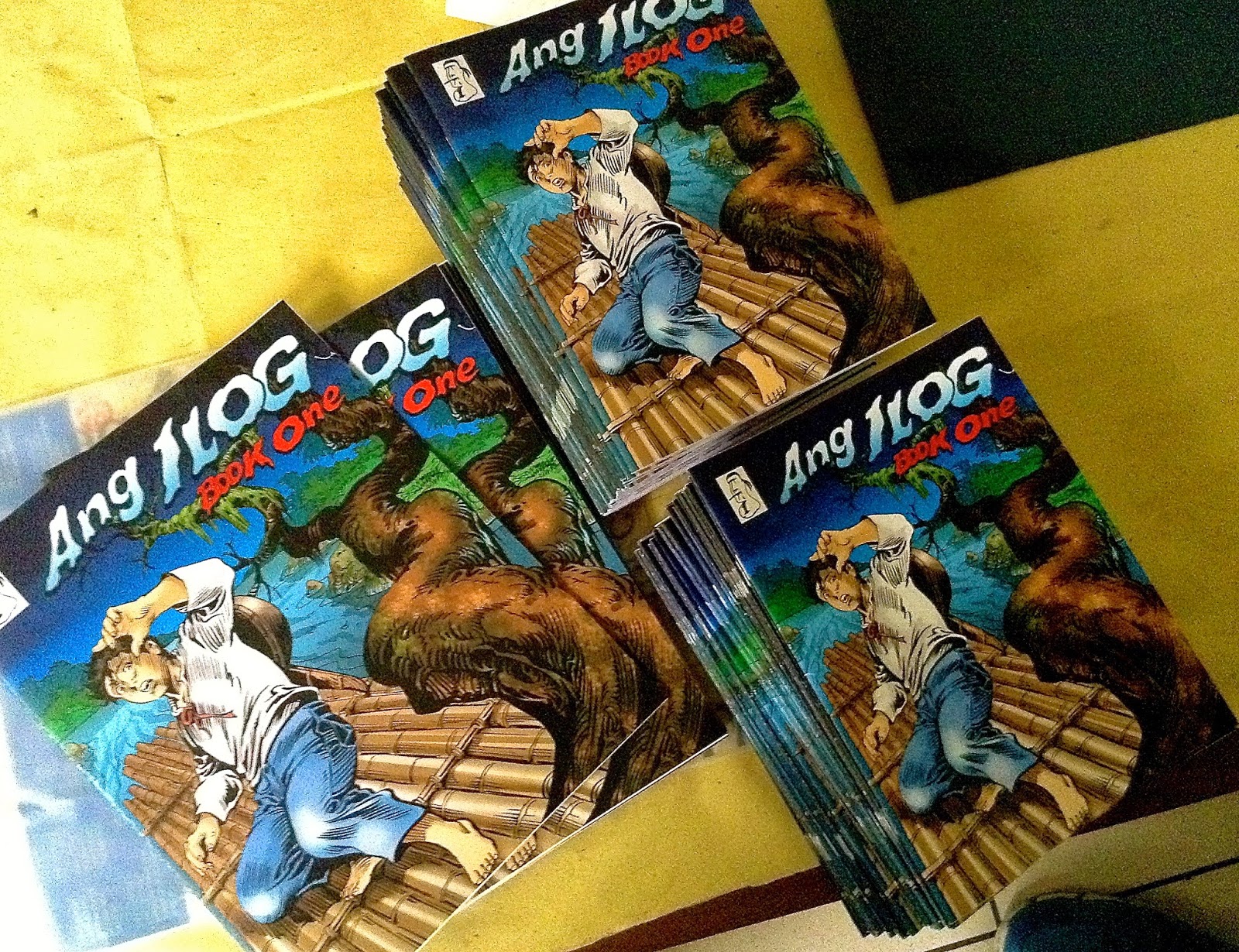 Today, Friday, October 31, I got the printed copies of Ang Ilog, marking a dream come true to be able to write and publish a comic book. Actually, by next week, I will have a second out in time for the year-end Komikon. It's a book titled, Dante.

First, Ang Ilog. This was something that dates all the way back to my childhood when I would spend my Christmas and summer vacations with my grandparents in Tarlac. There was a river next to the dike and my grandfather and I used to get on those rafts and paddle away. I had all these thoughts about kapres and the supernatural lurking in the trees and the woods nearby if not the water. But those figments of my imagination just as they were -- thoughts. That is until 2004 when in a two-week period, I penned scripts and short stories at Central Park in hopes of landing a writing gig at Marvel Comics. Joe Quesada once took a two-page proposal of mine for Quasar but I never heard from him (I waited for a year before I gave up all hope). Ang Ilog was one of those stories.

When I attended the summer komikon for the first time in my life, an old friend Gerry Alanguilan told me that I should put out those stories that I always wanted to do. I have about seven of them in fact. I refined the stories and it wasn't until Indieket that I finally mustered the wherewithal to get them done.

There is much to be learned from scripting and drawing sequential art as opposed to long rose and simple storyboarding (I am an advertising veteran who wrote copy and did art chores -- thumbnails and sketches for the visualizer). It's revealing and I tend to appreciate comic book writers more now. And that's something I will definitely work on in my succeeding works.

Nevertheless, seeing the actual comic book roll out from the printer and get a thumbs up from them -- it warms my heart. And I am excited. As a long time comic book fan (since I was three years old) and one who had things derailed 20 years ago, this one is a long time coming.

As I said earlier, I have a second comic book coming out by November 10 and in time for the Komikon. It's titled, Dante that is drawn by the talented Niño Balita.

Ang Ilog is about a journey of a young kid down the river outside familiar confines to sell produce and fruits that would enable them to buy medicines from the American soldiers encamped at Fort Stotsenberg in the early 1900s. Along the way he faces dangers from flesh-eating sirens to bandits to a nefarious river troll with only his wits to survive. It's a coming of ge story told in two parts. Book One sets up the story while Book Two goes into overdrive. I am releasing Ang Ilog in two formats -- regular and oversized formats and with English and Filipino versions. The regular size comic costs P80 while the oversized version is priced at P120!

Dante is about the son of Charon, the Ferryman of the River Styx who enjoys life more than transporting the dead to the Netherworld. Its mayhem and teenage angst amongst the dead and undead. No word yet on the pricing for this! Next week.

Posted by Rick Olivares at 4:36 PM