Coming soon from Eikon Comics: East of the Sun & West of the Moon 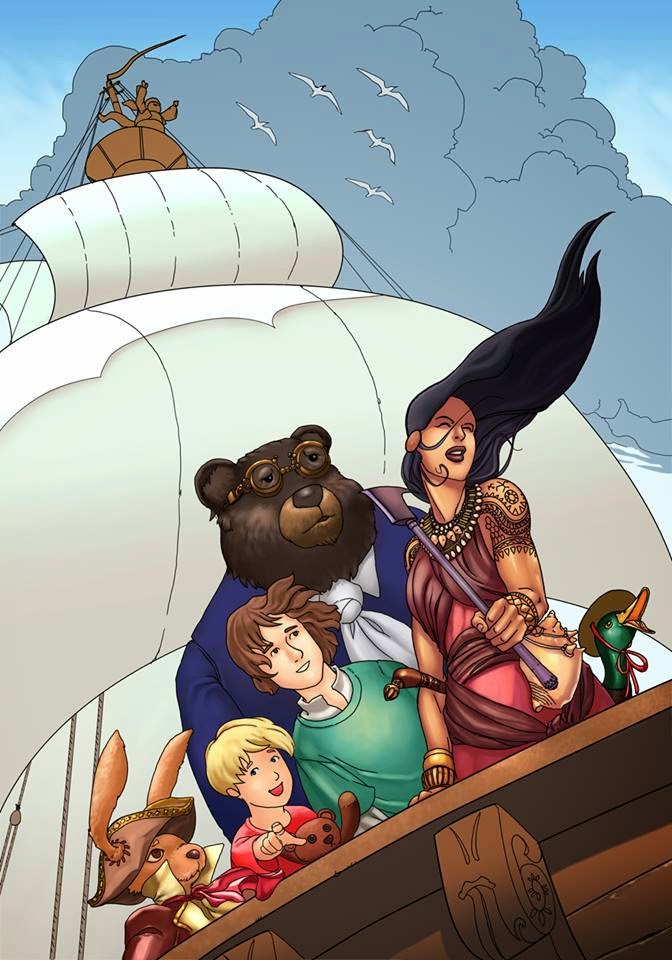 Colored cover of East of the Sun. West of the Moon (the French title is: Est de la soleil, à l'uest de la lune). Not yet finished. Still needs some work such as adding the title and another charcater plus the names of us creators. But that's it for now. We'll be posting some of the panel art soon.

If you're seeing this for the first time, here's the synopsis of this high fantasy story that I wrote as a homage to JM Barrie, Herge, Giraud, Christin, Graton, Berberian and Hayao Miyazaki.

From the rooftops of St. Michel's Home for the Young, Charlemagne "Charlie" Durand looks out to nearby Paris. The bright lights of the city call out to him as he dreams of a life beyond the orphanage's walls. But "life" is school and helping the kind Fr. Alain Bonfils with the chores.

Suddenly the world turns into a dark place as the young find themselves bereft of dreams and hope. All except Charlie and Anton Robichaud.

One evening, the crew of the Iceblink Bluff led by Ben the Hare enlists the aid of Charlie and Anton in a quest beyond their wildest dreams that takes to a place that is east of the sun and west of the moon to where the Dream Weaver has been been held captive by Ivaldr the Mad who plans to infest the world with nightmares.

The crew of the Iceblink Bluff: Ben the Hare, Toodles, Tink, Alon, Titus the Bear, and Rachmaninoff the Mallard.

East of the Sun. West of the Moon by Rick Olivares and Sandy Gonzaga. Coming from Eikon Comics in February 2015.

If you're wondering if there will be another language version of this outside English, the answer is yes. It will also be written in French (because I am sending some copies to French friends).
Posted by Rick Olivares at 11:00 AM