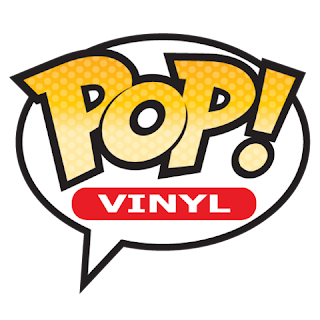 No. Not those long playing music albums (although they too have made a comeback in this digital world). I am talking about those Funko Pop vinyl bobbleheads that have taken the pop culture world by storm.

These bobbleheads, produced by Washington, D.C.-based company, Funko, of sports, comic book, cartoon, as well as film and television characters stand 3.75 inches tall and have those huge anime eyes with no mouths. In short, they are some cute and adorable figurines that have become massive hits all over the world.

Nowadays, you aren’t anybody unless you’ve got your own Funko Pop. Our very own Manny Pacquiao has not one but two — the Pacman boxer and the Pacman basketball player! Even the folklorish Aswang has its own (and is available in several variants too). Even Pope Francis I has his own bobblehead (although it isn’t manufactured by Funko).

In Greenhills Shopping Center alone, no less than 15 shops sell Funko Pops and other related merchandise including the new collectibles, Dorbz and Nendoroids.

We spoke with three Funko Pop Collectors — business analyst J.A. Lukban and journalists Earl Maghirang and Meg Siasoco -- and asked about their addiction to this new phenomenon.

Why and how did you get into collecting Funko Pops? What is it about them that you liked?

JA Lukban: "It started with my love for comics. And I saw a spider-man funko pop in Previews from a local comic store. And at that time i thought it would be a good addition to my comic related collection. Then came the Batman line and it just kicked off from there.”

Earl Maghirang: "I got into Funko Pops because they carried a lot of characters I care about and love like Wolverine and Iron Man. It’s the wide choices for the line that got to me like I could have an action figure of the Little Mermaid and be pleased about it."

Meg Siasoco: "I learned about Funko Pop from an officemate last year. I found out that my favorite character from 'The Walking Dead,' Daryl Dixon, has a Pop version. So I searched for it and so glad to find one. After that, I joined different Facebook groups and learned that there are lots of other characters made by Funko! So I began to collect everything that appealed to me. But after a few months, I decided to stick to one line - 'Star Wars.' I love all the movies and I am a super fan. I also collect 'Game of Thrones' dragons and some other selected characters from time to time."

"What I like about Funko Pop is that it gives me a comforting feeling to be one with the iconic characters that I like. It is very fulfilling to see them and appreciate the detail of the Pop. This iconic big head and wide-eyed toy is really appealing to all."

If you’re a comic book fan, does collecting Pops compete for your budget?

JA: "At that time i did not have budget for statues and Funko Pops was the alternative for me. My comic budget is set with my pull list. Funko is just 2nd to it. Comics for me is much more enjoyable. You can read it over and over again. Funko is good for display and reminds me of my love for comics."

Earl: “Nowadays, yes. Pops are cheap but the rare ones can cost a lot of cash. It happens that i have to remove titles just to accomodate the rare Funko pop."

Meg: "Aside from Funko Pop, I also collect Tomica Tsum Tsum and Nendoroids. Disney's Tsum Tsum line have been getting a lot of attention lately because of their application that is very simple to play with. They are really cute Disney characters are available in different collectible lines but I chose Tomica cars since they are fun to play with."

"Nendoroid made by Good Smile Company is also fun to collect since the parts can be changed. I collect the Anime series Fate Stay line."

Is it a must for you to get those limited edition Pops?

JA: "Nope. There are limited edition Pops that I want to get but if it exceeds my budget, I'll be happy just to get a normal one over it. Some limited edition ones are ridiculously expensive and I dont think they're worth it.”

Earl: "It depends from one collector to another. But personally, I’m ok with the regular releases."

Meg: "I am focused on getting the exclusive releases of Star Wars Funko Pops as compared to others. Before, I reached more than 120 Pops. But now, I only have about 60 which is really limited to the Pops that I will surely keep for my collection."

How many Funko Pops do you have to date? And what are your faves?

JA: "I have around 70 of them now and it is still growing but i limit it to certain lines. My favorites are my Batman set from the Dark Knight rises (Batman, Bane, Catwoman) my second purchase, my pair of Woody and Buzz Lightyear from ‘Toy Story' (my girlfriend's gift to me), and then there's the a yellow Daredevil."

Earl: "I have 16 Pops and my favorite would have to be the Phasing Vision they sold during Toycon. The Aswang is a close second because its scary and very Pinoy."

Meg: "My most favorite Pop is my very first one, Daryl Dixon. Having a favorite one or a ‘grail' does not have to mean it should be expensive or so. It has to have a meaning for you. Actually, I really like Daryl Dixon that I recently got a nine-inch Funko Pop version of him! Hahaha!"

What would be the ultimate Funko Pop for you? One that hasn’t been produced yet?

JA: "The ultimate pop? I just looked at my comics and I'd love to see a Black Cat Funko Pop."

Earl: "If they make a Freddie Funko with Agent Venom or that Kurama pop from Naruto would be good for a start at the moment."

Meg: "I would like Funko to produce Pacific Rim characters. It would be nice to have a six or nine-inch Kaiju Pop!"