The French (comics) are coming! 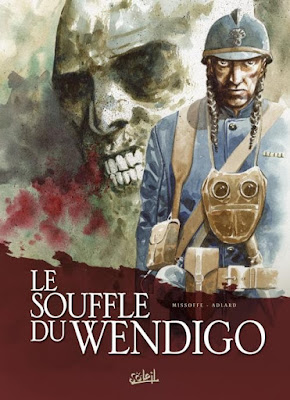 The French (comics) are coming!
by rick olivares

Last Monday, July 5, the revolutionary comiXology, the cloud-based comic book sharing platform, announced that they have expanded their line to include 150 French comics, it was hailed by the site’s chief executive officer David Steinberger as “game-changing.” One of the initial offerings is “The Curse of the Wendigo” (“Corpus Hermeticum -- Le Souffle Du Wendigo published by Soleil Productions in 2009 as written by French author Missoffe Mathieu and drawn by Charlie Adlard of “The Walking Dead” fame). The story takes place right before the end of the World War I when German and French soldiers declare a temporary truce to investigate some supernatural murders on the Western front. This for sure will grab the attention of local audiences because of Adlard’s involvement.

New audiences, especially Filipino fans who are so weaned on American comics, will finally be introduced to the delight that are Franco-Belgian comics or Bande-Dessinee (or “BD” for short). Unlike its American or even Filipino counterparts, BDs, most especially since the 1980s are published now in softcover or single-issue format but in hardcover graphic novel form or albums as they call them. They are hugely popular and like their other European cousins, have always been socially acceptable as reading material and literature long before it became mainstream in the United States.

Like many other comic book fans, my introduction to BDs was through “The Adventures of Tintin" and "Asterix the Gaul" as a kid. Quite honestly, I wasn’t enamored by those two titles until I was much older. I read them but in passing and never bothered to care for my copies that I soon gave away much to my eternal regret.

By the late 1980s, as I opened my milieu to the independent comic book scene as whetted by Marvel Comics’ Epic line, I became exposed to artists and comics from other countries. Interestingly, it was Epic’s English reprints of Blueberry - an American Western story featuring the anti-hero of the same title as created by Jean-Michel Charlier and Jean “Moebius” Giraud -where I started to become a fan of BDs. Now I loved those Spaghetti Westerns directed by Italians like Sergio Leone and Sergio Corbucci to name a few so a French comic depicting the American Wild West definitely appealed to me.

From “Blueberry” I read another of those Epic BD reprints of "The Incal" by Alejandro Jodorowsky and Moebius.

"Heavy Metal," the American version of French fantasy magazine "Metal Hurlant," introduced me to Pierre Christin and Jean-Claude Mezieres’ “Valerian and Laureline” during the 1980s.

“Valerian and Laureline” in my opinion has got to be one of the more influential comics of all time as many American science fiction films from "Star Wars" to "The Fifth Element" to “Avatar" have been influenced in some way.

Star Wars you say? Are you serious?

Check out the similarities (thanks to the tweets of @theshrillest).

Most recently, I started collecting Jacques Tardi’s "The Extraordinary Adventures of Adele Blanc-Sec” about a mystery writer who finds herself investigating the weird and fantastic in gaslight-lit Paris in early 20th century France. Shades of Kolchak the Nightstalker except this is in an altogether a different era. And the title fits in neatly to all my books of Alan Moore’s “The League of Extraordinary Gentlemen."

When I traveled to France recently, I picked up a pair of BD’s one of which is Serge Lehman and Stephan Crety’s “Masque," a story about a former French soldier with mysterious abilities who is tasked to defend a robot-ravaged Paris Metropole. While looking for interesting BDs to buy, the store clerk at Album, one of more prominent Parisian comic book stores sold Masque to me as “sort of a French Batman."

The other BD is Angel Guero & Alberto Varanda’s “La Geste Des Chevaliers Dragons” (or “The Gestures of the Dragon Knights”) where the Dragon Knights, an order of warrior virgin women whose sacred duty is to destroy dragons that plague their world.

For all my love of the superhero genre, you won’t find too many of these in BDs.

While talking to a comic book shopkeeper along Rue Dante in St. Germain, he told me, “There are few French superhero comics.” He showed me a copy of “Titans,” an anthology of Marvel Comics stories published in 1981 that featured Star Wars, Machine Man, Dazzler, and a French superhero team called, Mikros. The adventures of this team of Harvard-educated entomologists and Olympic athletes who were transformed into insect-sized humanoids by an alien race was created by Marcel Navarro and Jean-Yves Mitton who used the pseudonyms of Malcolm Naughton and John Milton respectively to appeal to an English-speaking audience. All their adventures have since been collected by Sang d’Encre in three albums.

Since the success of Mikros there’s been a dearth of superheroes.

"Americans do superhero comics so well,” explained the shopkeeper. “And we French just don’t do it well so we stick to what we do best - adventure, political satire, humor, fantasy, history, and science-fiction.”

French comics are coming! And that might not be such a bad thing at all. 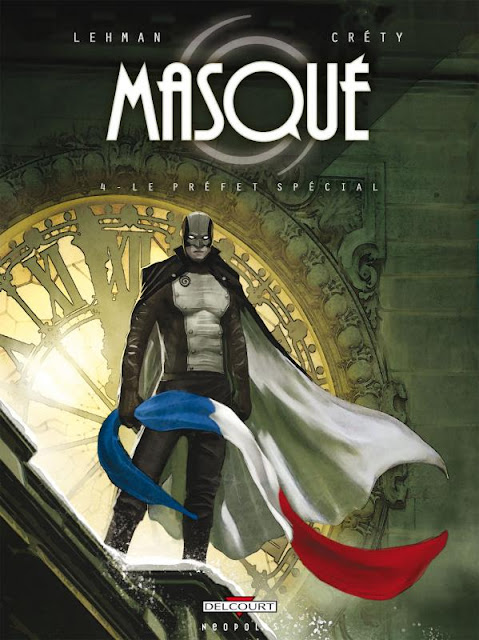