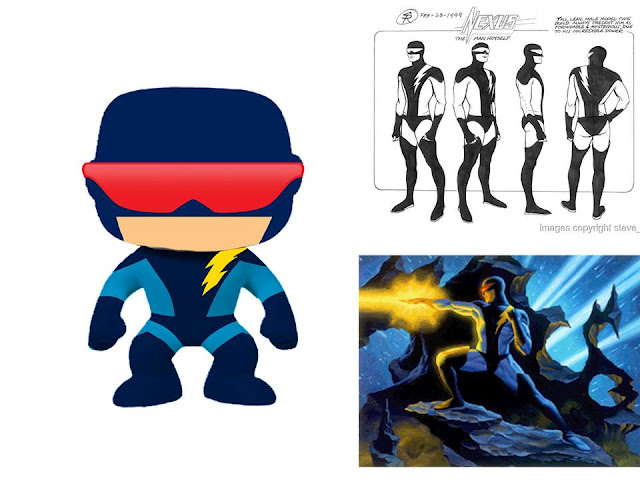 Ever since I saw the Nexus graphic novel I became a fan of this cosmic avenger. And to this date, I'd say that the creation of Mike Baron and Steve Rude is one of my top five favorite comic book characters ever. The others are the Rocketeer by the late Dave Stevens, Spider-Man, Daredevil, and Captain America.

I have Funko Pops from the four aforementioned characters but there isn't any Nexus so I had one customized! And here's the design. Neat, huh? I should get it real soon!
Posted by Rick Olivares at 7:52 PM