On James Robinson's and Paul Smith's The Golden Age 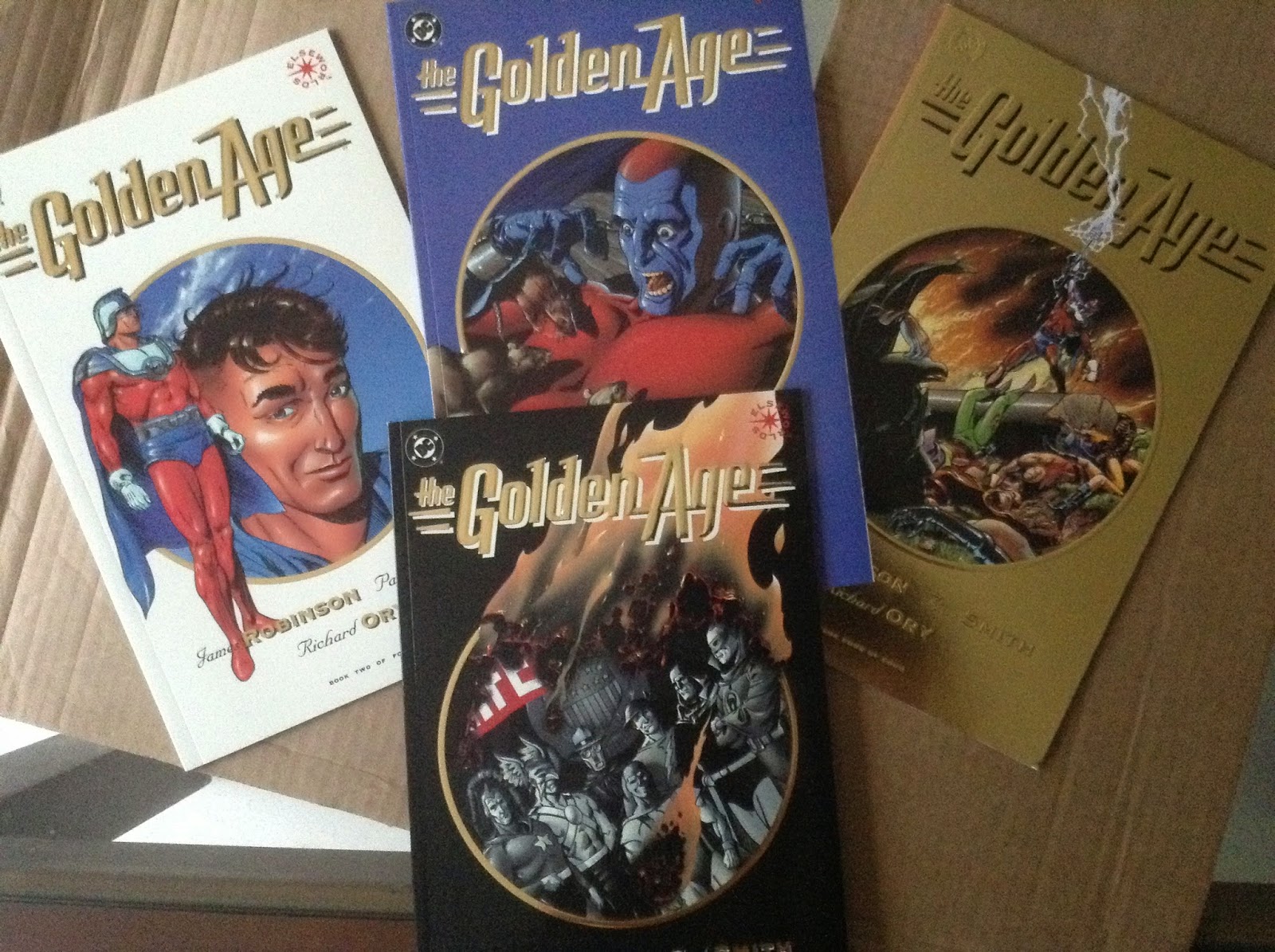 This was one of those series that was a sleeper hit. Being a long-time fan of the Justice Society of America, it was a no-brainer to pick up this limited series by James Robinson and Paul Smith. Previously, the JSA made a come back via the 10-issue limited series (by Len Strazewski and the late Mike Parobeck) and short-lived regular series that followed. With a dearth of JSA stories, I had to pick this up. At this time of this release -- 1993 -- I didn't know Robinson as a comic book creator. I knew only of Smith as he pencilled the X-Men, Nexus, and Leave It To Chance.

From the very first issue it was obvious that this one was going to be a darn good yarn. It might owe it's inspiration to Alan Moore's Watchmen but The Golden Age mines the JSA's rich history especially when it comes to its wartime villains who survive in a different form during peace time only to arise as a later threat. Robinson obviously knew his history and treated the characters with love and respect. I loved it so that I picked up his excellent Starman that remains to this day one of my favorite comic books of all time.

Robinson juggled a huge cast and was able to give every one time in the sun without the story and the pacing feeling contrived. From book to book, the tension builds until Armageddon time when it is revealed who the real villain is. It's a surprise that no one will see coming. The final battle that is waged has the feel of the last issue of Crisis On Infinite Earths when every hero throws themselves into the fray without regard to their well being. Needless to say, the death toll is appalling.

Paul Smith does arguably his best work on The Golden Age. I don't recall if any of the four books came out late as Smith is notorious for missing deadlines. But for a story this good, perfection is all there is.

Aside from the single issues in prestige format, I also got The Golden Age in tradepaperback. I lost all of them to Typhoon Ondoy. DC Comics came out with another trade paperback version but this time it was labeled as "JSA".

Like my Green Arrow The Longbow Hunters entry in this blog, I wanted to get the originals. So I ordered the four single issues of The Golden Age that arrived from the United States last Friday (all in near mint condition).

After losing my stuff to Ondoy and selling my collection that I had not taken care of owing to my time abroad, I am in the process of getting books and issues that I loved all these years. I am no longer the completist where I must have every single issue of a certain title. I know have rationally decided to just collect and keep my favorite stories.

And The Golden Age is one of them.
Posted by Rick Olivares at 9:28 PM