Flashback to some signings at Midtown Comics 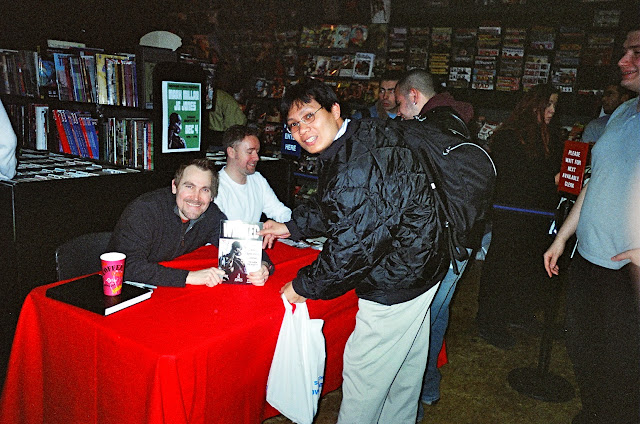 With JG Jones and Mark Millar a long time ago during a book signing for Wanted #1. This was at Midtown Comics in Manhattan. I miss buying my comics here.

I had a lot of my comics signed here -- Alex Ross, Joe Quesada, Jim Lee, Phil Jimenez, and Dan Jurgens to name a few.

Below is a Twitter reaction by the great Mark Millar on the photo.

However, due to a typhoon that destroyed a lot of my belongings and a fire (unlucky am I) that later burned down my home, I lost almost all my signed stuff. All my Batman Hush singles are gone. Ditto with the Grant Morrison and Phil Jimenez New X-Men, a lot of my Alex Ross signed books (the only ones that survived are Mythology, Justice and and a sketchbook). 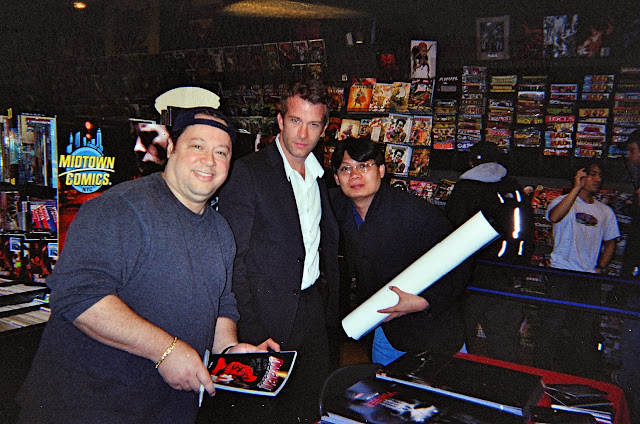 With Joe Quesada and actor Thomas Jane who played the Punisher.
Posted by Rick Olivares at 7:34 PM