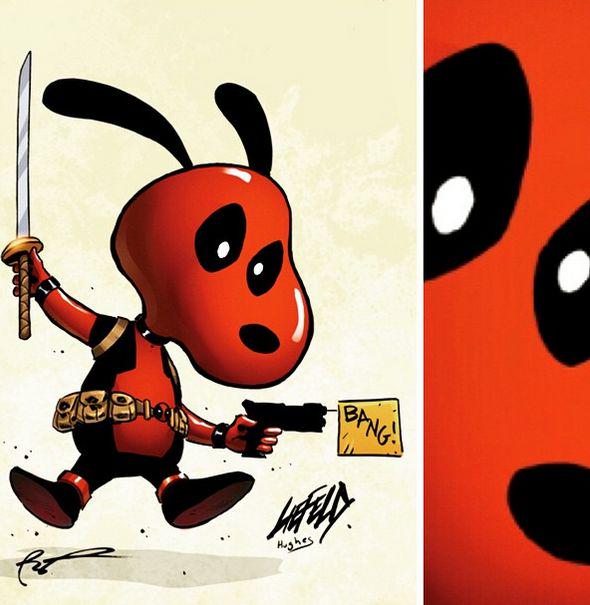 I will dare to say that Rob Liefeld's drawing of Snoopy dressed up as Deadpool -- on the occasion of the beagle's birthday that is August 4 -- is the single best piece of artwork he has done. The best thing Rob ever did? That's getting Alan Moore to write his comics.

I tried out his New Mutants when it first came out and I only have them because I used to collect all the mutant titles (so I also have his X-Force). As for his Image books? I only have Youngblood #1 because of its place in comic book history. Other than that, I am not really a fan. I tried to be but I just cannot get into his art and his books.

I checked out his new Bloodstrike... and with only one pitch, it strikes out. Same old. Same old.
Posted by Rick Olivares at 9:49 AM