AsiaPop to return to Manila in 2016 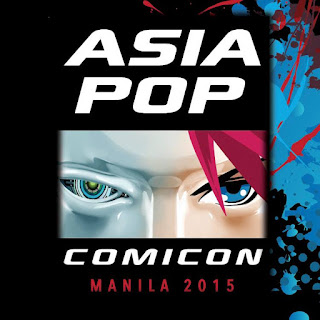 AsiaPop to return in 2016
by rick olivares

We spoke with Rita Magnus, General Manager of AsiaPop Comicon at Universal Events & Entertainment and she had good words for the first ever international comics convention in Manila last September 17-20 at the World Trade Center in Pasay City.

"The first-ever AsiaPOP Comicon Manila (APCC) was a resounding success,” related Magnus. "We, at Universal Events & Entertainment, remain overwhelmed by the positive response from more than 29,000 pop culture lovers across the region. It was a great four-day spectacle for the fans who came to support and experience the biggest pop culture gathering to hit Southeast Asia.”

Manila was chosen to host the inaugural comics convention in Asia because of the Filipinos’ passion for pop culture. Added Magnus, "We chose Manila to be the venue for this mega event because we know that the fan base for everything pop, geeky, and entertainment is big in this country. Filipinos are known to be very passionate and expressive. And they did not disappoint. They showed up and embraced our concept. And we are more than happy with the outcome of APCC Manila 2015!”

Magnus also revealed that because of the resounding success of the APCC, next year’s offering is going to be bigger. “APCC is going to be an annual gathering and the succeeding installments are definitely going to be bigger as we plan to bring in more stars, artists, and surprises for everyone’s pop-culture pleasure. This is our way of making real the fans’ dreams of experiencing a comicon of this caliber! So yes, we will see you again next year for AsiaPOP Comicon Manila 2016! We are all going to be in full geek mode!”

One name floated around by an event insider for next year’s AsiaPop include comic book artist John Cassaday who made a name for himself pencilling Planetary, Astonishing X-Men, Captain America, and lately, Star Wars.


Our insider also said that actor Chris Evans who plays Captain America in the Marvel Comics films was initially slated to top-bill the first AsiaPop Comicon but was unable to attend due to scheduling conflicts.
Posted by Rick Olivares at 4:52 PM