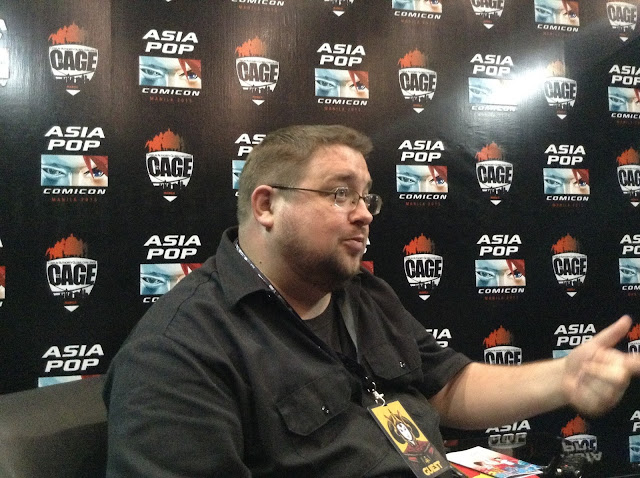 Marvel Comics’ Vice President for International Development and Brand Management, C.B. Cebulski said that comic book fans everywhere should look out for the debut of three Filipinos in the pages of their comics very soon.

“I’d say out of the 100 portfolios I looked at there are three who could begin working for Marvel very soon,” divulged Cebulski who refused to name the comic book prospects. “Two are interior artists while one is a cover artist."

The Marvel executive who frequently travels the world in search of new talent liked what he saw during the first ever AsiaPop Comicon held at the World Trade Center at Pasay City. “There’s a lot of talent here,” said Cebulski who is in town for the second time. “I walked past artists’ alley and saw a lot of good stuff.”

“The Philippines has always been a goldmine for comics talent. The country has sent a lot of talent to the United States to draw comics books from the 1970s with Alfredo Alcala (who made a name for himself first illustrating is own Voltar comic then with Conan), Tony De Zuniga, Rafael Kayanan (who drew Conan the Barbarian), Steve Gan (who co-created Guardians of the Galaxy’s Star-Lord) and right up to While Portacio (The Punisher, X-Factor, Uncanny X-Men, and Wetworks) in the 1990s to Leini Yu and many others today.”

Prior to moving up the corporate ladder, Cebulski served as a writer and editor for Marvel penning titles such as the Marvel Mangaverse, War of the Kings, and the Ultimates Saga to name a very few.

Posted by Rick Olivares at 2:34 PM