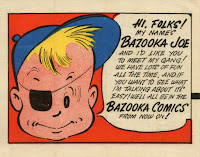 Remember Bazooka Joe? That bubblegum comic that featured a few wise-cracking panels of Joe and his friends? I used to collect the bubblegum comics of this and for the life of me, have no idea whatever happened to them.

Here are some samples of these Bazooka Joe bubblegum comics. 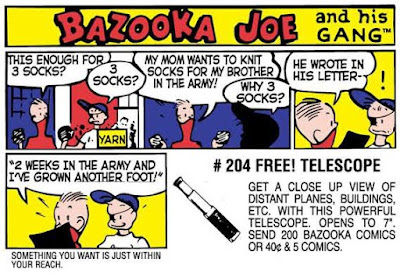 The guy with his shirt pulled up to cover the lower half of his face is Mort. I had no idea why that was so or why Joe had an eyepatch. It wasn't until much later that this article from The Onion explained things. 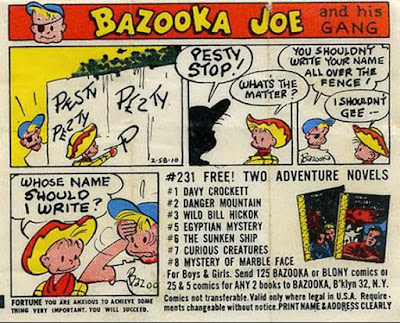 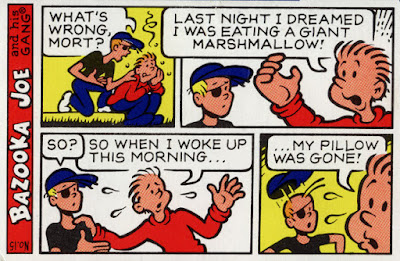 Posted by Rick Olivares at 5:28 PM