Every one of them have been exhilarating experiences. You see, quite honestly, I go into every one of them nervous and frightened that I'd lay a big fat egg with no one purchasing them. But thus far and thankfully, I've done well selling about anywhere from 62% to 75% of my stock.

The cool thing is having customers return to me and follow the stuff I put out. That is the most gratifying of them all. It is possible that people take a chance on them but never like them but many of these customers come back and have become loyal readers and friends.

I am proud of everything that I put out there. The stories mean a lot to me and are signposts of the different times of my life. I didn't just write them on a whim. There are a lot of personal stories that find their way into the pages.

This last Komikon was especially nervy. I launched five new titles - Ang Ilog 3, Pader, K-Town #1, East of the Sun West of the Moon the prequel, and Dez the preview. Also put out some back issues of Ang Ilog 1 & 2, East of the Sun West of the Moon #1, and Dante. Seven people purchased every one of the new titles. Wow. Seven of them. The rest got a smattering. All in all, I sold 64% of my stock that day (I brought in 225 komiks). And we also had our first ever Ang Ilog t-shirt (featuring El Vengador). We didn't have too many of this. Five pieces to be exact and we sold three! Not bad. Not bad.

The thing about local conventions is that most fans go right away to the established stars of the industry. So new and small publishers like me not only have to do a lot of promotion but we also have to talk to people to get them to open the browsing copies. That's part of the job and I love it. I get to hear from them as well.

Someone asked me what title am I most pleased with? It has to be Ang Ilog. It is the first one I put out after all and the storyline is something I first dreamed up when I was about seven years old but of course has been filtered, re-written ad infinitum over the years.

Komikon was fun and exhilarating. Thanks to those who picked up my stuff!

Pics of some of the folks who got my komiks over that wonderful weekend. 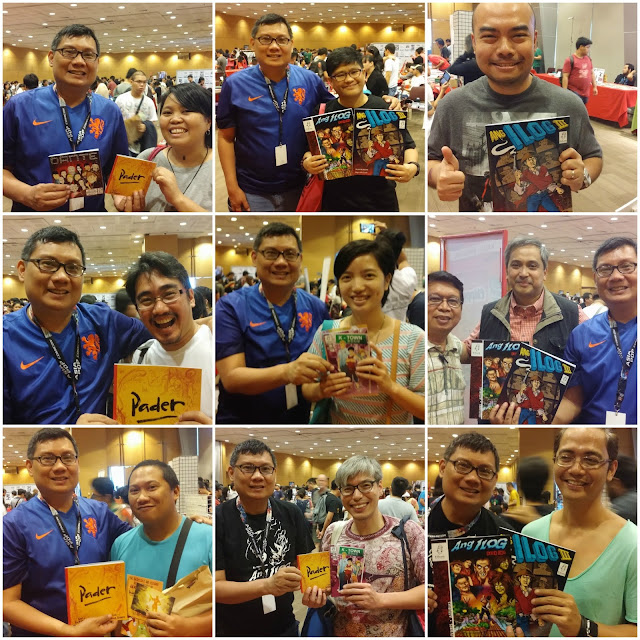 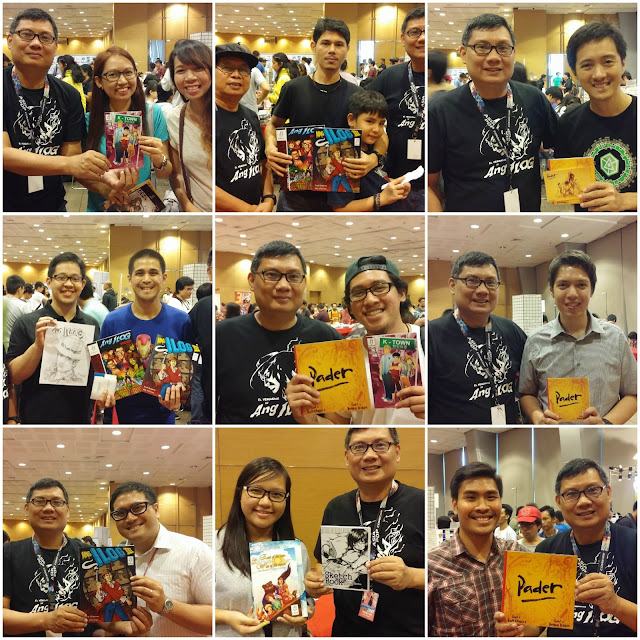 Posted by Rick Olivares at 8:22 AM