Back in time: Whilce Portacio's first trip back to Manila as a comic book pro circa 1992

When Whilce Portacio returned to the Philippines, he got in touch with former Filbar's owner Fil Barbasa. In a letter dated October 1991, the plans were laid out for his return. And more...

Fil gave me the original letter that I kept all these years. Luckily, I had the foresight to make a copy of it as I lost the original during Typhoon Ondoy.

This photocopy survived along with the plot for Uncanny X-Men #286 that Whilce co-wrote with Scott Lobdell and Jim Lee. 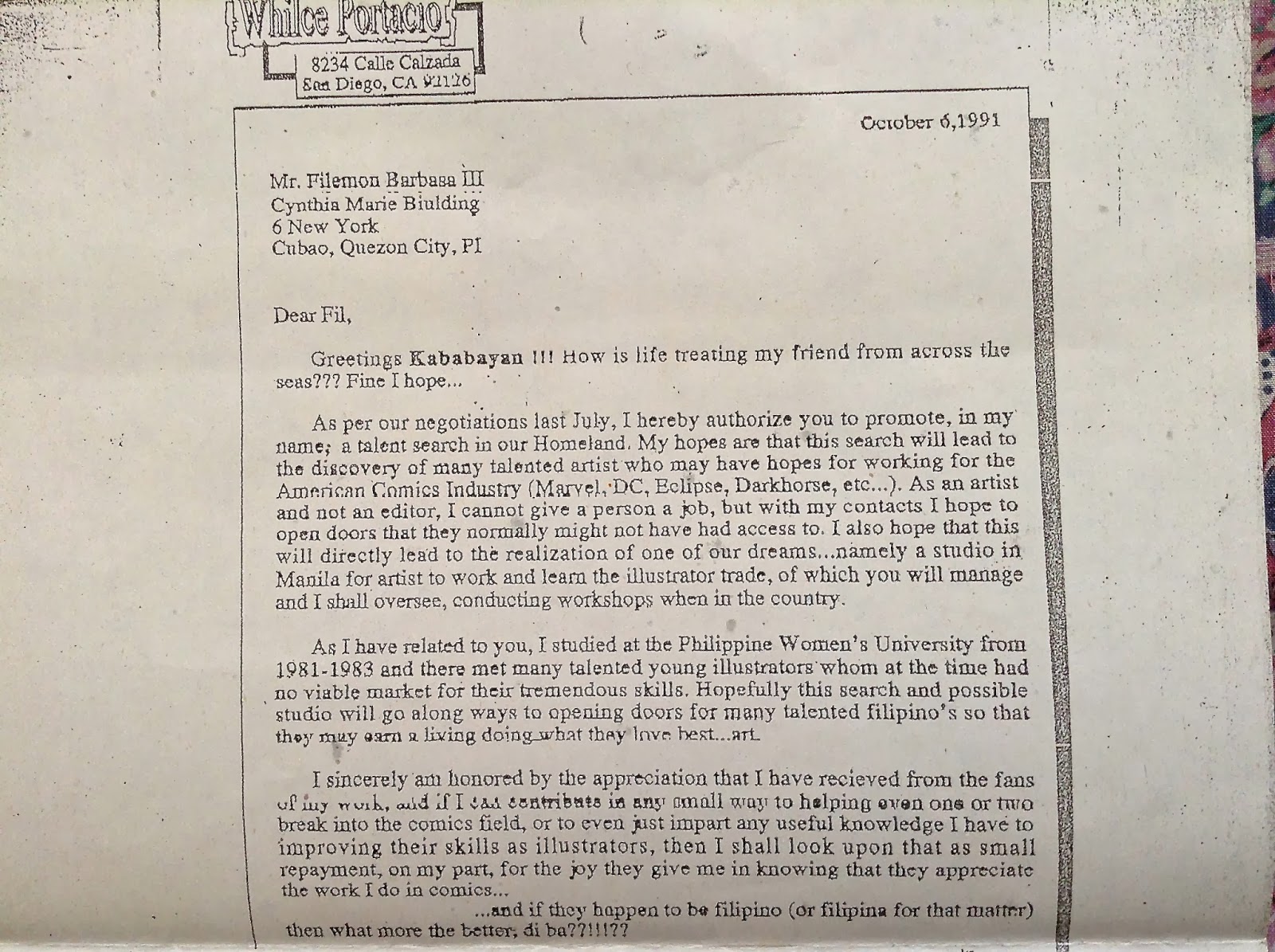 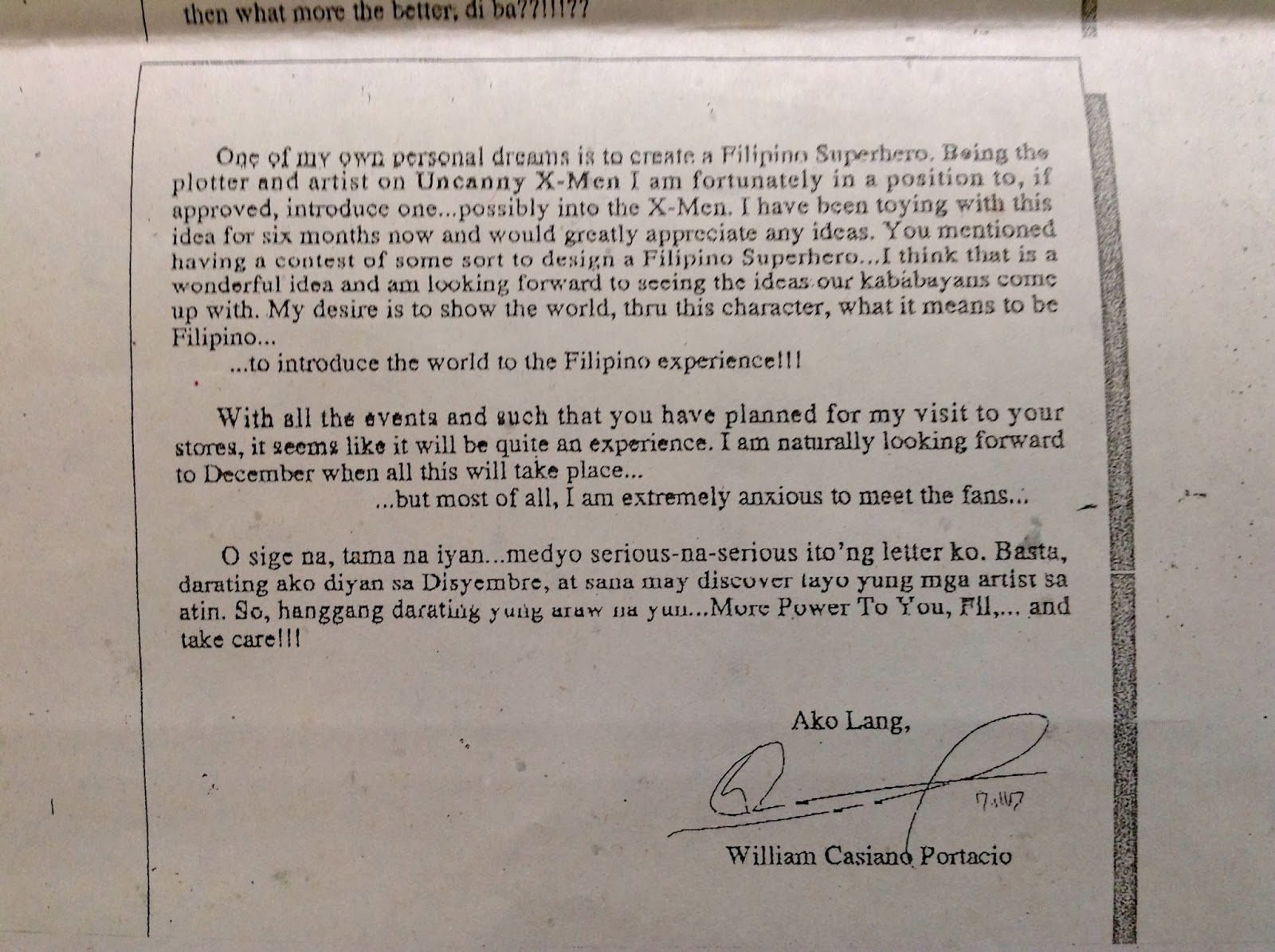