Are you one of those comic book fans who reads the notes of the creators and the letter columns? I am one of those who read the books from cover to cover.

I love the interaction of between creators and the fans. You earn a lot. Furthermore, you get a pulse or an idea of how others feel about the stories.

For years, I would send letters to the X-Men but never got one printed.  Not until Aster #1 but that was because its publisher Billy Lim-It was a friend. I based my letter on the ashcan edition of Aster #1. Had I read the dialogue after actual issue came out, I would have changed my letter as the writing was terrible and disrespectful to a point with the in-jokes. You'll find that letter below.

Then came a series of letters I had printed in Daredevil #358, Big Bang Comics #7, Nexus: The Wages of Sin #2, and an issue of the Fantastic Four. Will track down the Nexus and FF issues then post them here. 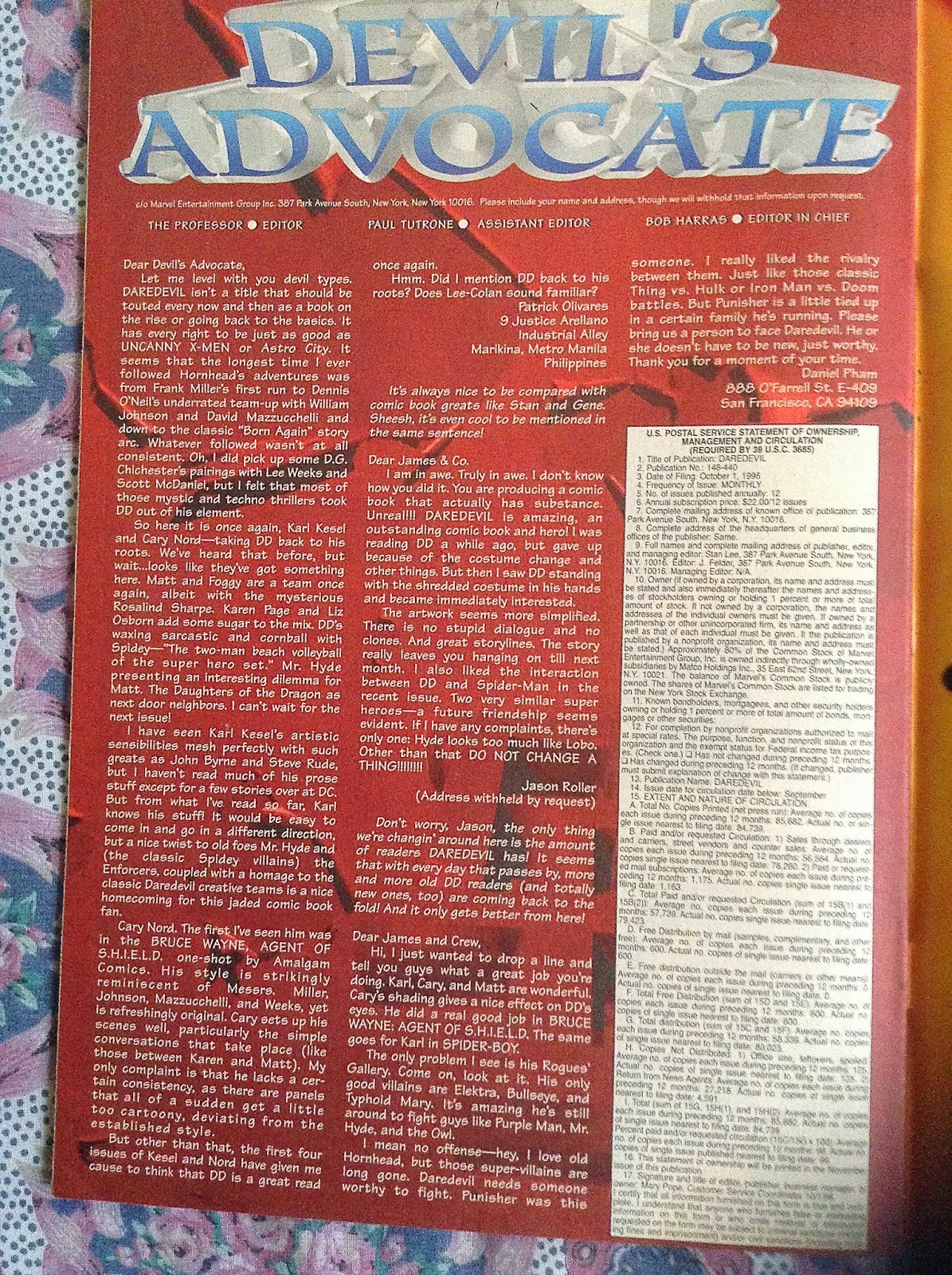 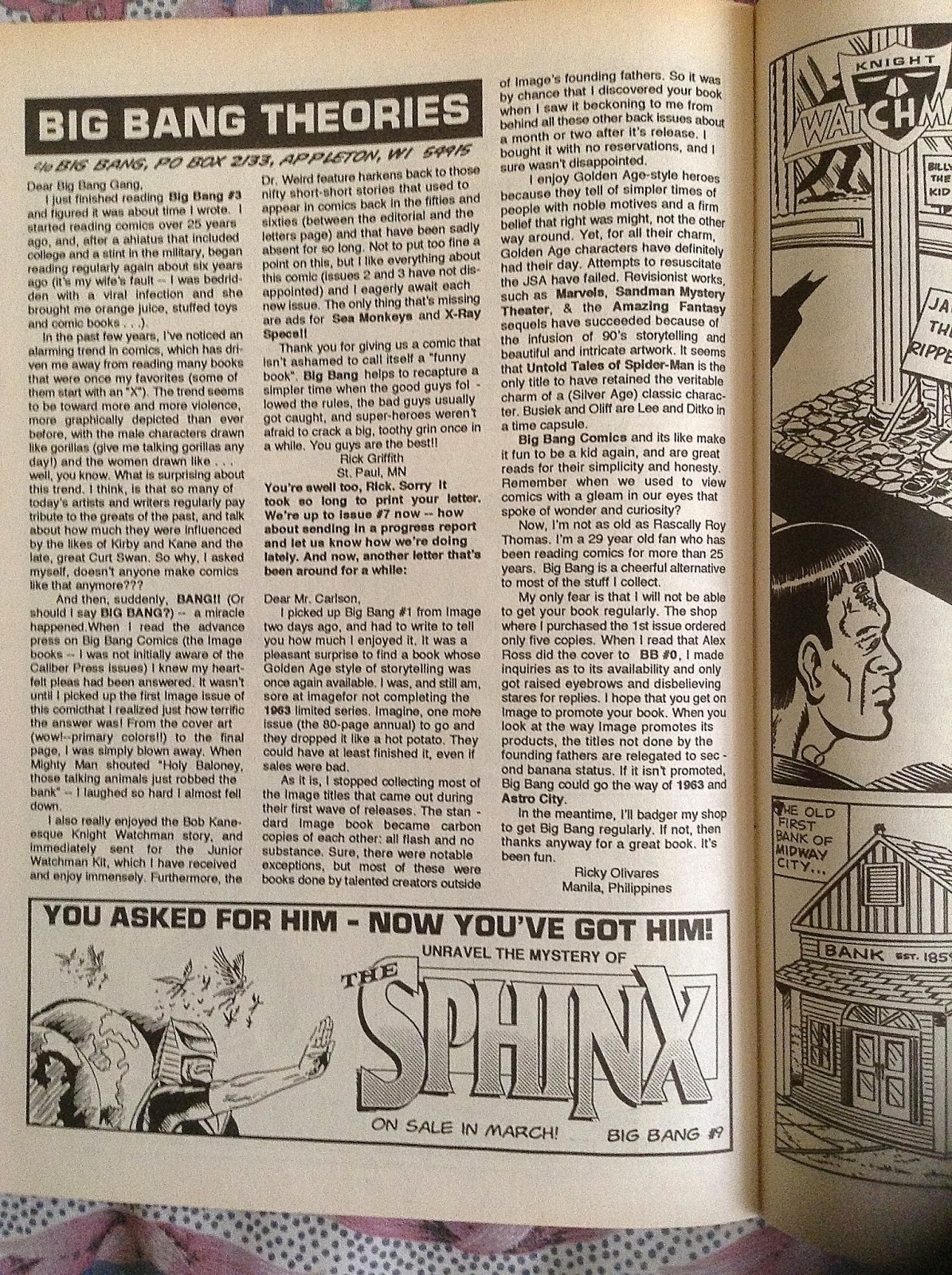 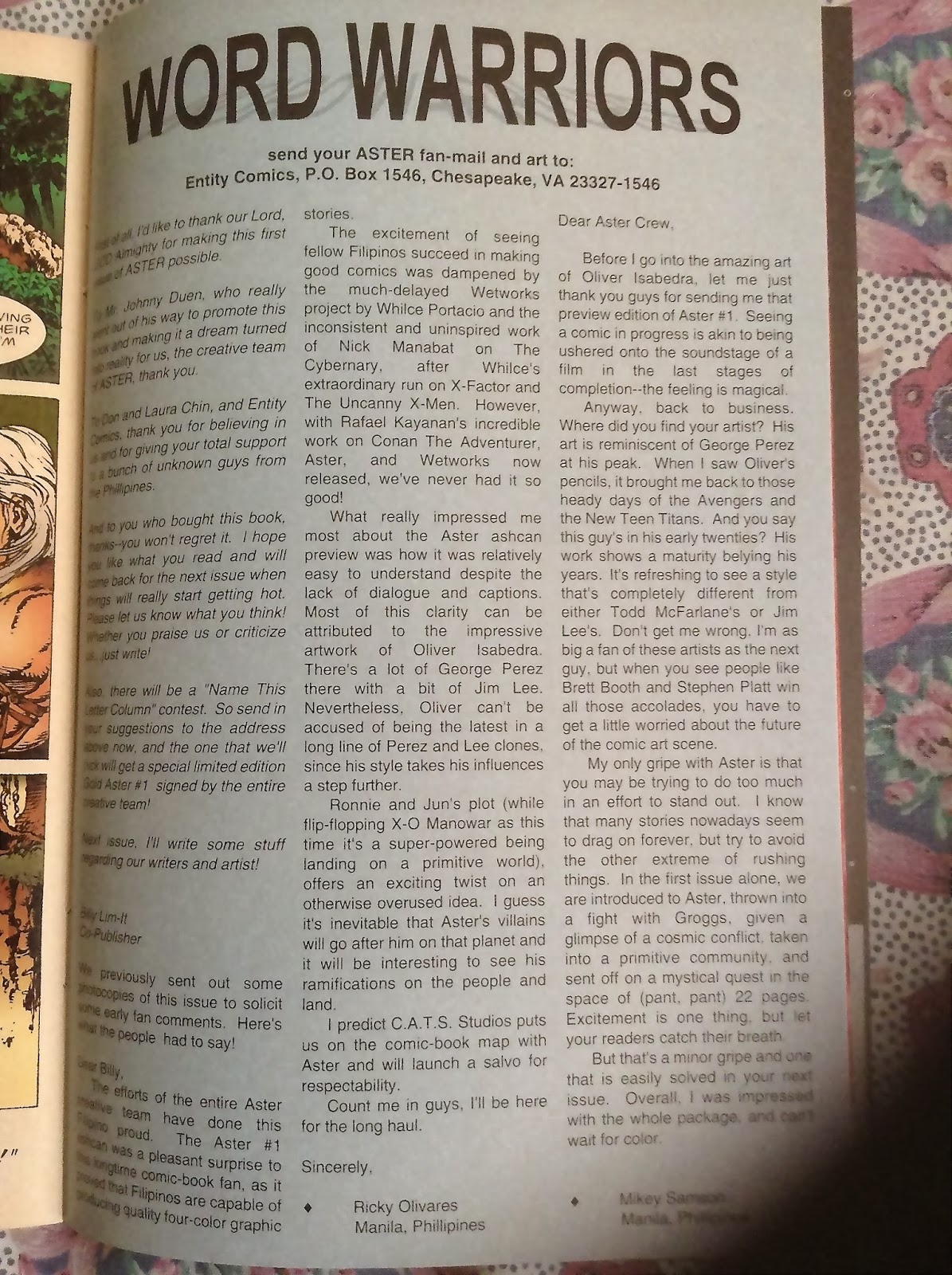 Posted by Rick Olivares at 9:22 AM