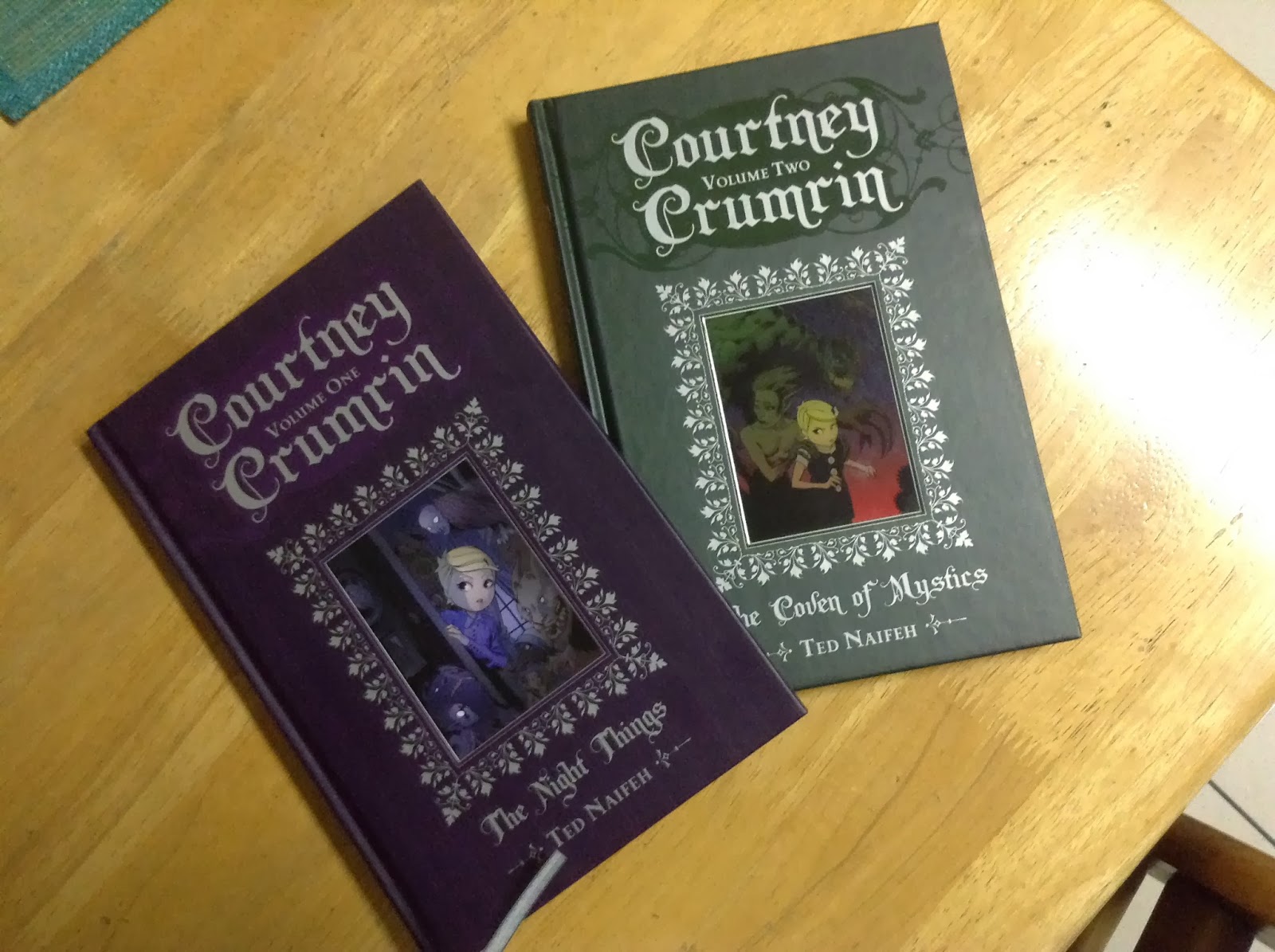 At first glance, it would be easy to dismiss Courtney Crumrin as a girl’s gothic horror comic book.

This is the part where I say you should never judge a book by its cover.

Oni Press’ Courtney Crumrin is the proud heir to Dark Horse’s Hellboy with writer/artist Ted Naifeh providing us with a frightening yet captivating world of the night that could have probably been conjured in the fervent recess of Neil Gaiman’s mind.

In the collected first volume titled: The Night Things (Courtney Crumrin #1-4), Naifeh writes in the foreword: “The only children’s stories that are truly classic, timeless, and beloved are also subversively honest about life’s ugliness.”

“There almost has to be a tragic, a bitter, or a vicious edge to the story,” notes Naifeh of ‘children’s books’ like Mark Twain’s ‘Tom Sawyer’, Roald Dahl’s ‘Charlie and the Chocolate Factory’, and Judy Blume’s ‘Are You There, God? It’s me, Margaret.’

That edge is there from the very beginning of the story when we are introduced to a goblin named Butterworm who serves as the narrator of the story. You know right away that this isn’t James Robinson’s and Paul Smith’s Leave It To Chance; a similar story about a young girl named Chance who is the heir to a family that defends the fictional place of Devil’s Echo from the supernatural. While Smith’s art is bright and sunny; Naifeh’s artwork is Mignola creepy.

Crumrin, the main protagonist has to deal with moving in with her parents into the mansion of her elderly uncle, Aloysius Crumrin, who unbeknownst to her early on is a warlock. It’s a creepy house but Courtney has bigger problems from school bullies who beat her up for her lunch money. In the first few pages, Butterworm eats one of the school’s outcasts who befriends Courtney early on.

This isn’t Something Under the Bed is Drooling! Not at all.

Courtney sneaks into her uncle’s study and discovers a book on how to master the creatures of the night and to conjure the simplest of spells. She binds Butterworm to her and exacts revenge on the bullies and her schoolmates who have ostracized her.

In the course of the story arc, her uncle takes her under her wing after she proves herself with a series of adventures that has her invading a night market of goblins, demons, changelings, and dark elves. She manages to even witness first hand a late night meeting among cats who are no mere felines who spend their days sleeping, meowing, or pooping. Think Lord of the Rings’ Entmoot except this is for cats of the four-legged and furry kind.

Crumrin battles a goblin that has been sent to eliminate the warlocks of Hillsborough, the fictional town where Courtney resides.

And that’s just in volume one.

It was by happenstance when I discovered Courtney Crumrin. I picked up the first issue of Oni Press’ The Mysterious Strangers, liked it so much that I figured to tryout their independent publisher’s other titles.

Since then, I’ve been collecting The Sixth Gun, another horror story set in the days of the post-American Civil War; The Mysterious Strangers, a story about super powered beings that has all the vibe of the 1965 television hit, The Avengers (of Emma Peel fame), and Wars In Toyland, a Toy Story-like book where toys come alive.

While going through Oni Press’ catalogue, I saw Courtney Crumrin and ordered the first two collected volumes (including Volume 2 The Coven of Mystics).

And as I wrote earlier, Naifeh’s Courtney Crumrin is the heir to Mignola’s Hellboy. It’s tragic, a bitter, and has a vicious edge to the story.

Now didn’t it say earlier that those are the ingredients to truly classic, timeless, and beloved stories?

If you like Trese, Leave It To Chance, and Hellboy...

You can order COURTNEY CRUMRIN from those swell fellas at Comic Odyssey.
Posted by Rick Olivares at 11:15 PM