C-3PO: The Phantom Limb is a droids' Saving Private Ryan 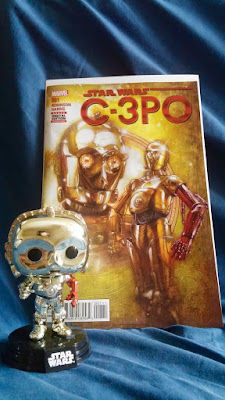 The C-3PO: The Phantom Limb one-shot has got to be one of the best that Marvel has put out with regards to its Star Wars line.

I eagerly looked forward to this for two reasons: to learn why everyone's favorite protocol droid has a red left arm and to read what the creative team of James Robinson and Tony Harris have concocted. It was a reunion for the two who last worked together 20 years ago on one of my fave comic book series ever -- Starman!

In "The Phantom Limb" a resistance ship goes down and the only survivors are six droids one of which, Omri, is a protocol droid for the First Order with knowledge on where Admiral Ackbar is kept. They fight their way to safety at a downed tie-fighter however at a great cost. Omri and C-3PO are the only two ones left and throughout their "journey" they discuss sentience, mind-wipes, and their duties to their respective masters.

Personally, it is a wonderful story; one I wish were slightly a little longer. It's like a Saving Private Ryan for droids! One of the better limited series that Marvel has put out since re-acquiring the Star Wars franchise.

I'm still not liking Robinson's writing for Marvel; I don't think he has a firm grasp of the characters like the Fantastic Four unlike his writing for Starman, The Golden Age, or the Justice Society of America. But here it isn't so bad.  Harris' art isn't like what he produced for Starman as well and it's just good to see him back.

This one is for every Star Wars fan including the completist. And for those old time fans who wondered at the red arm in The Force Awakens, you gotta get this!

And oh, it does go well with my Chrome C-3PO Funko Pop! 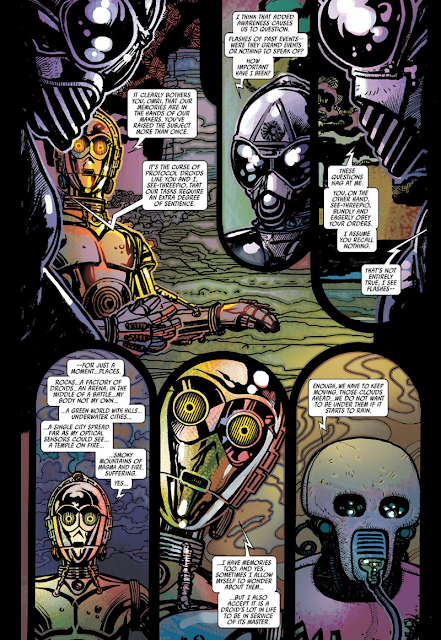 Posted by Rick Olivares at 7:31 PM