During the recent Toycon at the SMX Convention Center in Pasay City, there were life-sized reproductions of NBA players rendered in the Mindstyle toy figurine manner that is a hit among basketball fans and toy collectors. The NBA Mindstyle Collectors Series was released in 2011 to great acclaim. Since then a second series was released with a third underway.

While the NBA Mindstyle figures were Toycon selfie hits, seated all the way in the back of exhibit was a bespectacled man who was sketching on a pad. Every now and then, he was asked to sign boxes of the toys by knowledgeable fans.

It was Korean toy designer wunderkind, Coolrain Lee; one of the brightest talents in the industry today.

We had a brief chat about Toycon, the NBA, and what he’s working on at the moment.

Rick: I understand that you didn't have any formal art training. Yet what prompted you to design toys? What were your favorite toys growing up? Did you get into manga and anime?

Coolrain: I majored in Chemistry during my time in university but I also studied 2D and 3D animation because I wanted to create them. I love animation especially “The Nightmare Before Christmas” by Tim Burton and “Wallace and Gromit” produced by Aardman Animations. It is because of them that I started collecting toys as a result. Like these animations, I want to create toys that can inspire people. Up to today, I collect a lot of toys, comic books, and look into art books related to animations.

Rick: Are you a sports fan -- basketball, football, baseball? Do you have favorite sports teams? How did doing the NBA Mindstyle figures come about? Do you have a favorite basketball player? Which figure did you enjoy sculpting? Have you met any of the NBA players whose figures you did?

Coolrain: I watch a lot of basketball, football, baseball, tennis and other sports and I love to play basketball. In the 80-90s, I liked Chicago Bulls with Michael Jordan, Pippen and Dennis Rodman; and then Philadelphia with Allen Iverson; Orlando Magic with Shaquille O’Neill and Anfernee Hardaway; New York Knicks with Patrick Ewing; Houston Rockets with Hakeem Olajuwon; and currently I like Golden State Warriors with Curry and Oklahoma City with Kevin Durant.

Rick: Did you have fun in Manila? What was the Toycon experience like for you?
​
Coolrain: I first visited Manilla four years ago because of an exhibition hosted by Vinyl on Vinyl (gallery in Manilla) and this is my second time visiting. I am very thankful to all my fans in Manilla for visiting me and special thanks to many of my fans who came with Eraser Heads created together with Bigboy Cheng from Secret Fresh.

Rick: Are you working on a new project? If so, what would that be? When can we expect it to come out?

Coolrain: I am currently preparing a new series and collaboration works under one of my original design series “Dunkeys” and planning to show it to the public at the end of this year. I am also working on a collaboration with an artist I like and will be available to the public but not so soon. And a new NBA series is also on the way. 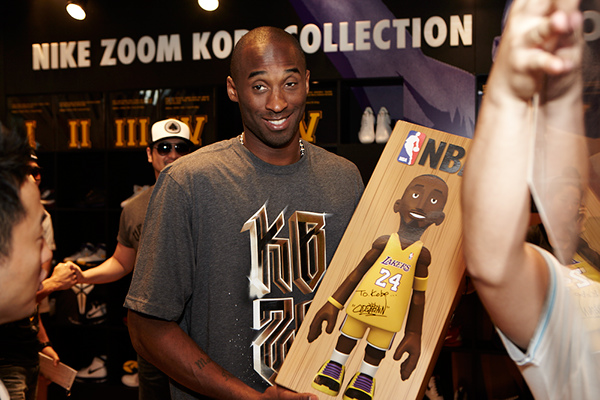 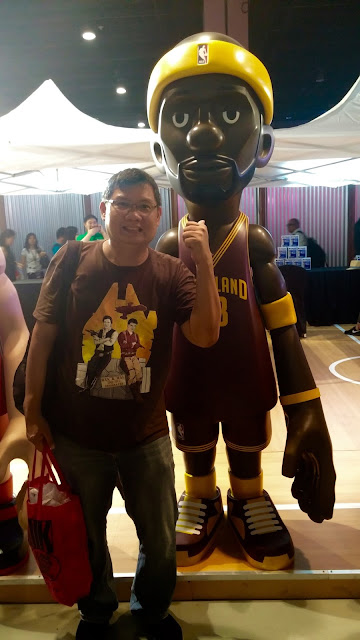 Posted by Rick Olivares at 8:50 AM