Lucha Libre is one of my fave comics! 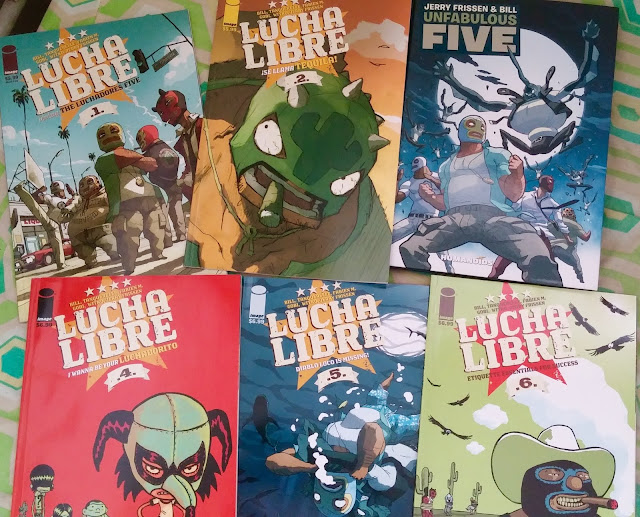 When the English version of this Les Humanoides Associes comic, Lucha Libre, was published by Image Comics in 2007, I was really happy because I thought that this was such a funny and off-beat comic written by Jerry Frissen and drawn by artists such as Bill, Witko, Tanquerelle, Reutimann, Gobi, Fabien M, and Christophe Gaultier.

It's about five middle-aged Latinos who dress up as Luchadores fighting crime in East Los Angeles. They battle tiki warriors, werewolves, aliens, and rednecks!
Posted by Rick Olivares at 8:36 PM