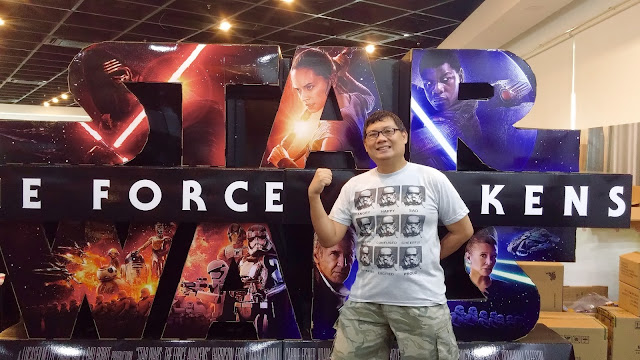 Attended Star Wars Saturday, an event organized by Filbar's and The Alliance of the country's pop culture stores held at the Promenade Hall at Promenade, Greenhills. There was that special screening for fans of Star Wars: The Force Awakens and more side-events that you can shake a light saber at. Really grateful for events like this because the specialty stores know how to make their fans happy. So muchos gracias to the kind folks who put this together.

Watched Star Wars when it was first shown in Manila in June of 1977 at the old Rizal Theater in Makati (now part of Greenbelt). Been a fan of the franchise ever since buying the novels, comics, DVDs, and merchandise.

My fave film of the lot? Episode IV. 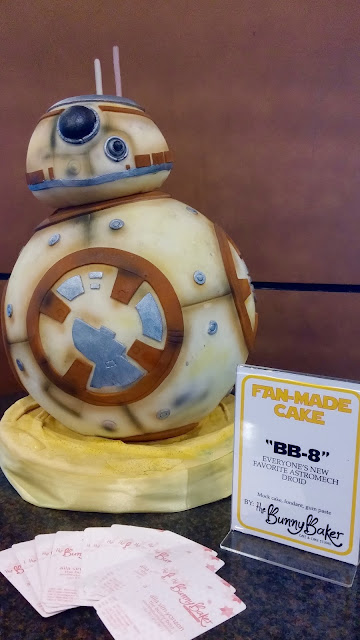 There were several cake designs on display and I have to say that they sure were impressive. Hope to order at least one of them soon. 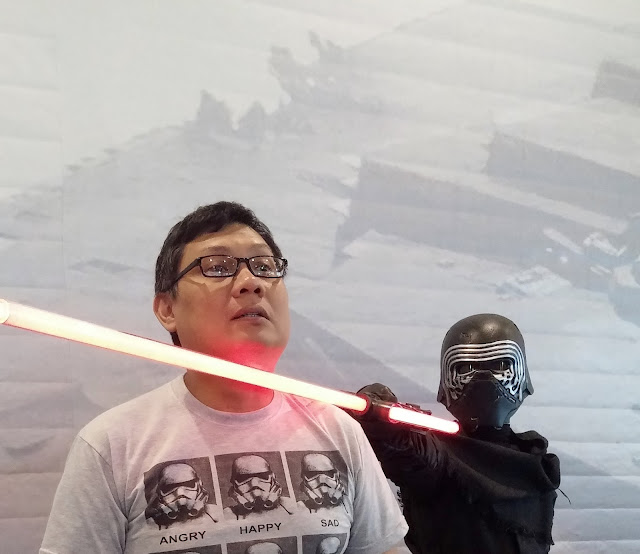 And to think I was going to enlist in the First Order... 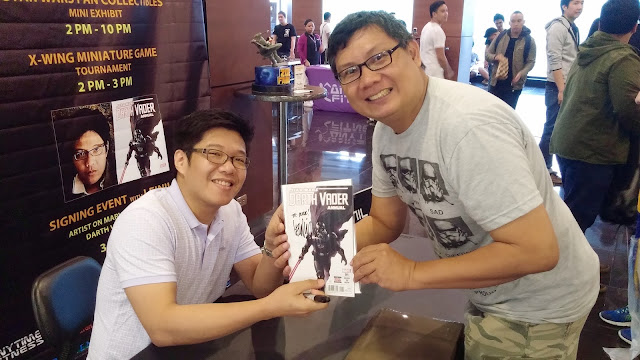 There was a signing for Darth Vader Annual #1 by superstar artist Leinil Yu! Happy to get my copy signed!

Posted by Rick Olivares at 8:52 PM