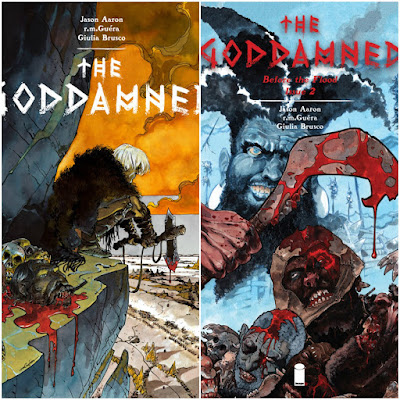 The Goddamned from Jason Aaron and G.M. Guera who both worked on the awesome Scalped.

The Goddamned is a brutal and violent comic that is set during the Biblical times about the first murdered -- Cain.

Aaron and Guera will out-Conan Conan the Barbarian with this ultra-violent comic. Not for the squeamish.

Was iffy on picking this up due to a heavy and costly pull list but I did because it's Jason Aaron. No effing regrets! Love it.

Posted by Rick Olivares at 9:32 AM